Back to school was just a dream


Elliott had is very first visit to the immunologist today.  One other reasons he was referred there was of the unusual amount of respiratory infections he gets each winter.  There was concern that asthma was involved.

So today we had the pulmonary testing done.  Turns out Elliott has asthma and that is the likely explanation for the respiratory infections.  He now has 2 inhalers and a slew of new instructions.

The other,  much less pleasant part was the actual allergy testing.  We opted to test via bloodwork instead of the scratch test.  He needed bloodwork anyway,  so this was less traumatic….at least in theory. Elliott was an emotional wreck the whole time we were there and all morning leading up to the appointment. He has really been struggling with change lately.

Elliott was so cute though, because as we were walking done the hall to the room,  he noticed that he was walking down a hall way filled with automatic hand sanitizer dispensers. He couldn’t believe it.  He was in heaven.  It was so stinkin’ adorable. He even posed by the one in the room.  I just think it’s amazing that he found that much comfort from something that simple.

Now, of course,  we have to have one of those dispensers in our house cause you don’t actually have to touch it. Not sure how to get that or where to really look.

On a side note,  I spoke with Dr.  Pattie last night about the subject of his handwashing.  She said to let it go for now because he is experiencing so much anxiety with everything,  especially the school change.  This simple act provides him with a great deal of comfort.

That’s actually the stance I have been taking anyway.  He feels ashamed that he has to wash his hands all the time and I don’t want him feeling that.  So I make sure he knows that it’s okay with us and that he has nothing to be ashamed of or be embarrassed about.
This is something that he will hopefully work through as things start to slow down for him. If not then we will have to help him more directly but for now it’s okay and I want to sure he knows that. 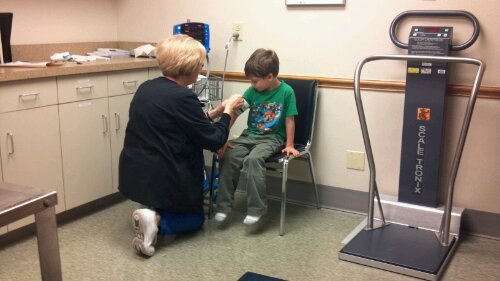 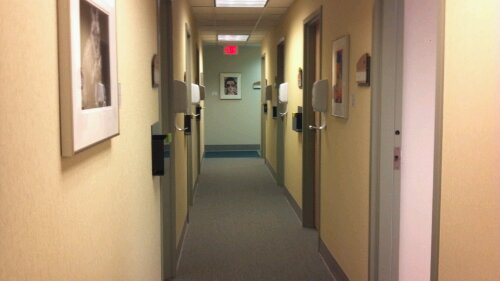 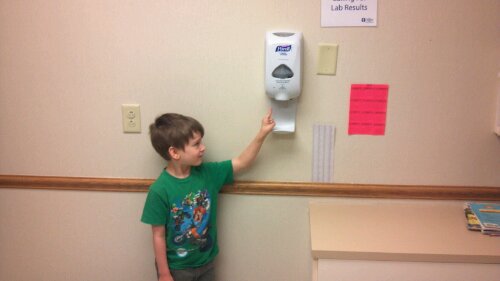 We actually sell those dispensers and refills. Contact me at FB and I will send you the link. I think we are selling them at $40.00 for 4 machines with 4 refills.

I may have to do that. It gives Elliott some peace of mind… Thanks for sharing that