I'd swear it was a Monday -

Kids can suffer from depression as well

I’d swear it was a Monday

I haven’t written much today.  I’m so beyond overwhelmed that I can barely think. This morning started off bad and continued through those evening.

I was running late getting Elliott to school today.  It normally only takes a few minutes but apparently there must have been a pretty major water main break that had traffic a bit congested.

Did I mention I was already late? Cause I was.

After that, Lizze, Emmett and I went to Walmart to go grocery shopping.  After arriving however, we discovered that the store was without power and we would have to drive to the other side of town.

We finally arrived and managed to get all of our shopping done and Emmett was a really big help.

However, after going through the self checkout and paying for everything, the checkout computer froze and the transaction was in limbo.  Lizze and Emmett went back to the van because Lizze was sick to her stomach once again.

It literally took 45 minutes to an hour to clear the transaction.  By the time I got back to the van, Emmett was crying and Lizze trying to calm him down.

Not to mention, the frozen food was thawed.

When we got home, I went to work on my world famous chicken noodle soup. I ended up burning the crap out of it and having to throw it away. 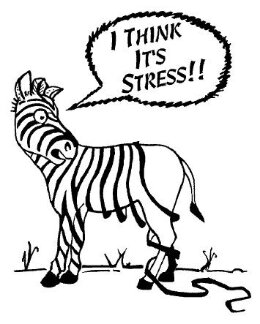 I managed to save the chicken and turn that into bbq chicken for dinner.

Gavin was finally picked up by Lizze’s mom and we sat down to dinner.  Lizze was too sick to eat, Emmett decided that he no longer like bbq chicken and Elliott is on a hunger strike.

You heard me correctly.  Elliott has declared that he is to sad to eat.  He also said that he will never eat anything, ever again. This is of course, unless we get him a kitten.

As you can imagine, I’m a Daddy on the edge right now.  I’m trying to decide if I should jump or climb back in the window.
Either option holds appeal for me at the moment.

Today has gone so badly that I would swear it was a Monday.

He wants a kitten??? LOL. I am loving this child.  I too woke up to a Monday today…. sick kid, puke in the bathroom and the election… nah, I don’t want to talk about it….. I am simply glad that it is evening and I made it through the day. Peace be with you and if you need a kitten I am sure I can find you one or more… 🙂

I’m so sorry.  Your day sounds terrible (and you, too, rmagliozzi).  It’s so easy to forget, when your kids are older, how hard it is to string together a sequence of chores and how very badly things can go.  I feel for you both.  The only upside is, admittedly, hard to pay attention to in the midst of chaos:  you have your kids with you and you can look into their faces and have their love and trust shine back at you.

I am having a similarly awful day. I woke up late due to watching the election last night and got to work later than I was supposed to. My autistic son had a half day at school and a doctor’s appt. scheduled later, so we went to Taco Bell to grab some lunch. I ended up getting in a yelling match with a guy and his girlfriend who were targeting my son, staring excessively at him, accussed him in line of licking the iced tea machine (which he insisted he only smelled) and then accused me of letting him steal soda from the dispenser. Well, we both had ordered water, and then I realized our combo meal included a soda. So I let him get the soda. Apparently I am a bad parent for not making him stick to the water I first ordered him to get.  Then my son was acting inappropriate at the doctor’s office, and when we went to pick up our youngest from his charter school he ran outside while I was talking with the teacher and started yelling at kids for looking at him (staring sets him off). What a freaking crazy day. I am so tired of people giving me a hard time about my son when I take him in public. I’m going to start carrying an Autism Intolerance sign and flashing it whenever people start harrassing us like that.