Last night I was kicked out of bed by Emmett and so I moved to the couch.  No big deal.  Then Elliott has a nightmare and joins me in the living room on the other couch.

When I woke up this morning, I saw this.

Bella is being eaten by the couch but has her front legs, wrapped around Elliott as though she giving him a giant hug.

Maggie is buried in the couch at Elliott’s feet.

It’s like they knew that Elliott was scared and they were letting him know own he was safe.

It makes the moments when Bella drives us crazy, worth suffering through.  🙂 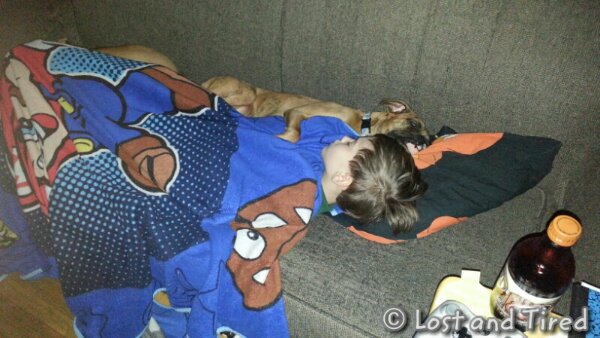