Today's Autism Victory: Walking a mile in his shoes -

Gavin makes his triumphant return to the Cleveland Clinic next week

Guess who lost another tooth?

Today’s Autism Victory: Walking a mile in his shoes

I want to take a few minutes and share a pretty big victory we celebrated tonight. The world at large probably won’t understand the significance of something like this but I know at least some of you will.

Elliott struggles with extreme anxiety. He takes medication to improve his quality of life but it doesn’t really help.

The boys and I walked the track tonight. Elliott wanted to explore the banks of the creek but I had to tell him no because we were racing the weather and I didn’t want to be caught in the rain. 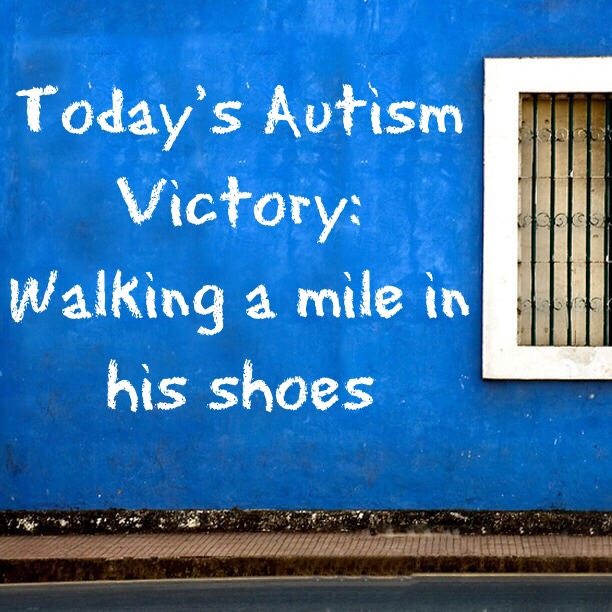 Elliott wasn’t happy with that and kept pushing and pushing to be allowed to go. My answer didn’t change and he was getting really frustrated. I stood my ground because I knew what was best at that point.

I finally had to tell Elliott that if he didn’t stop, he’d be going straight to bed when we got home. Long story short, he didn’t stop and I told him he would be going to bed.

He was pretty upset about everything but wanted a second chance.

I eventually told him that if he could finish the rest of the walk and make better choices, that I’d consider the second chance.

Elliott ended up getting into a much better mood and finished the walk with a smile on his face. This is a big deal because he really struggles in this type of situation.

He did a really good job during the second half of the walk. I’m super proud of him because I know it wasn’t easy. That’s why this is such a big victory, at least as far as I’m concerned.