A picture says a thousand words

Is it just me or is #Autism parenting synonymous with sleepless nights?

It was a other night that ended in very little sleep. Mr. Emmett was simply unable to fall asleep and he and I camped out in the living room in an attempt to salvage as much sleep as possible.

Needless to say, a beneficial amount of sleep was not had.

Emmett didn’t fall asleep until almost 3:30am and was up again before 6am. He’s a little on edge today because he’s overly tired and is running on a very short fuse.

Autism parenting is hard enough with a solid eight hours of sleep under my belt (which never happens) but without enough sleep, it can sometimes feel like torture.

Sleep is so important and generally speaking, Autism parents don’t get nearly enough of that dream ladened stuff.

Do you get enough sleep or does being an Autism parent interfere with your quality Z’s? 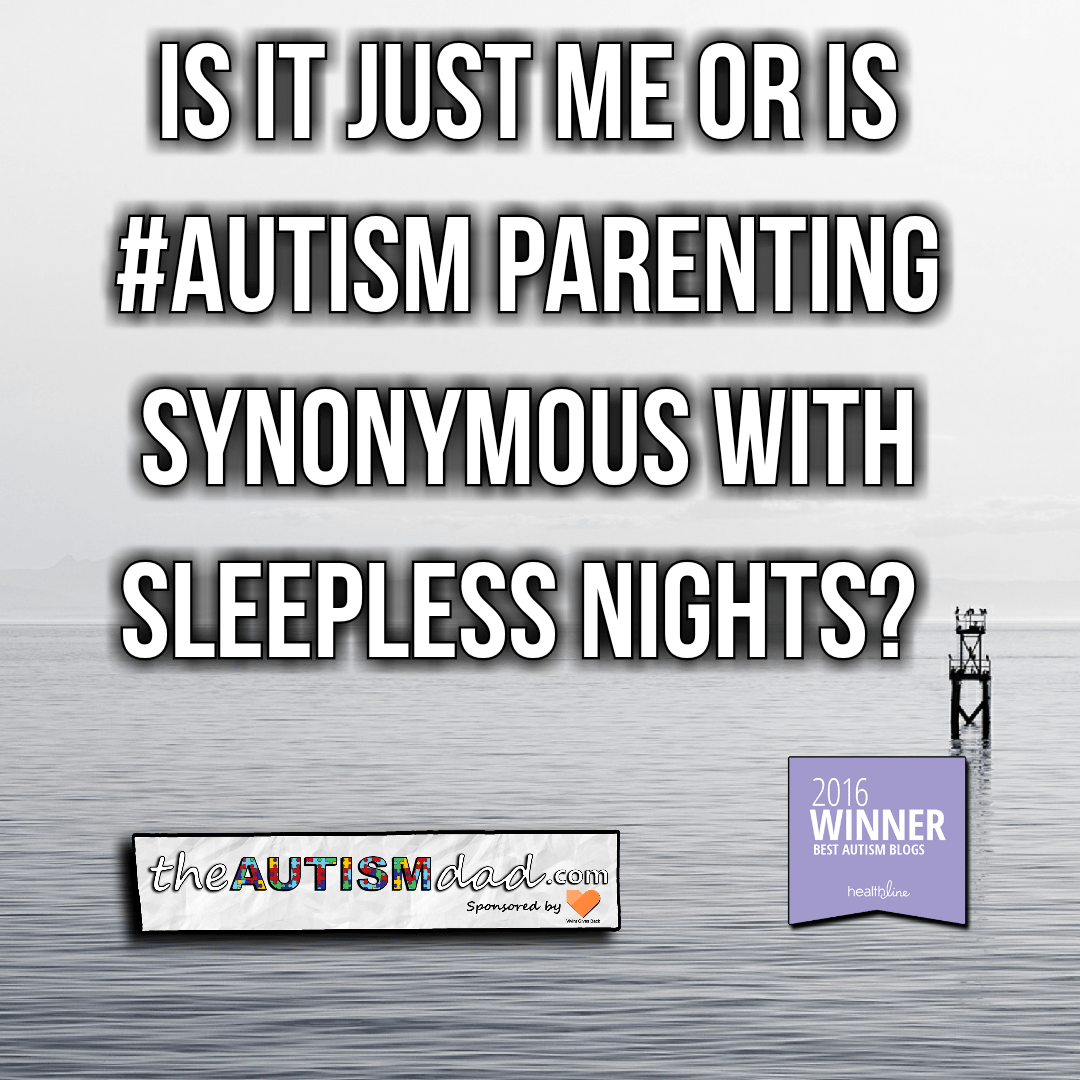 As they say, when the going gets tough the tough gets going. This also applies to parents with special children. I’m sure it will all go well in the end.