This shouldn’t be allowed to happen


I’ve written this post out twice now and each time WordPress somehow eats it. For that reason, I’m going to keep this short and sweet..

I took Gavin with me to the grocery store the other day. He always wants to push the cart but I usually avoid this because he doesn’t pay attention to his surroundings. He tends to run into people and things.

This time however, we weren’t in a hurry and I could keep a close eye on him. You should see the look in his eyes when he can push the cart. It’s very similar to a parent tossing their new teen driver the keys to the car.

He actually did pretty well. I had to stay on him but no one was hurt and nothing was broken. ☺

The second and final victory comes in the form of learning new skills.

I asked Gavin to go to the deli and order the lunch meat we needed. We reviewed what he needed to do and off he went. I told him I was going to grab a few items while he was doing that.

The items I needed were right around the corner and so I was able to watch him from afar.

While I don’t know what he was saying, it seemed like he was joking with the person behind the counter. If I had to guess, it was awkward and had something to do with video games, but he was making conversation and that’s pretty cool.

He ended up getting exactly what we needed and did so on his first attempt.. ☺

For a kid like Gavin, this is a big deal and I’m proud of him. I really try to focus on these victories because it’s way too easy to drown in all the struggle and heartache. 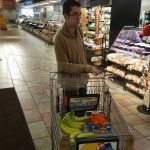 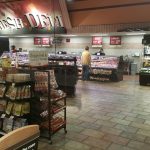 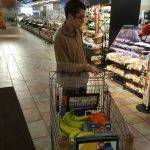 That is wonderful! It helps him to feel more independent if he can do things without his dad over his shoulder. (I know you were watching, but Gavin didn’t know that.) Tell him I’m proud of him.

Thanks Becky. I’ll pass that up the chain of command.. ☺

That is wonderful! It helps him to feel more independent if he can do things without his dad over his shoulder. (I know you were watching, but Gavin didn’t know that.) Tell him I’m proud of him.

Thanks Becky. I’ll pass that up the chain of command.. ☺