This a teachable moment for #Autism parents -

A chaotic last day of school

Thinking outside of the box to meet my kids sensory needs

This a teachable moment for #Autism parents


I guess today was the first official day of summer vacation. It was a relatively uneventful day, as far as Autism parenting goes. I can actually put a check in the win column for this one.

Gavin had his IVIG infusion this morning, and it went really well. He spent the infusion in his room watching Netflix, but there wasn’t anything that had him freaking out. ☺

He did spend a large portion of the day sleeping, after his infusion completed.

Elliott was feeling much better today and that’s always a good thing. I hate when my kids are sick. Both he and Emmett had their ups and downs today, but in general, they got along. 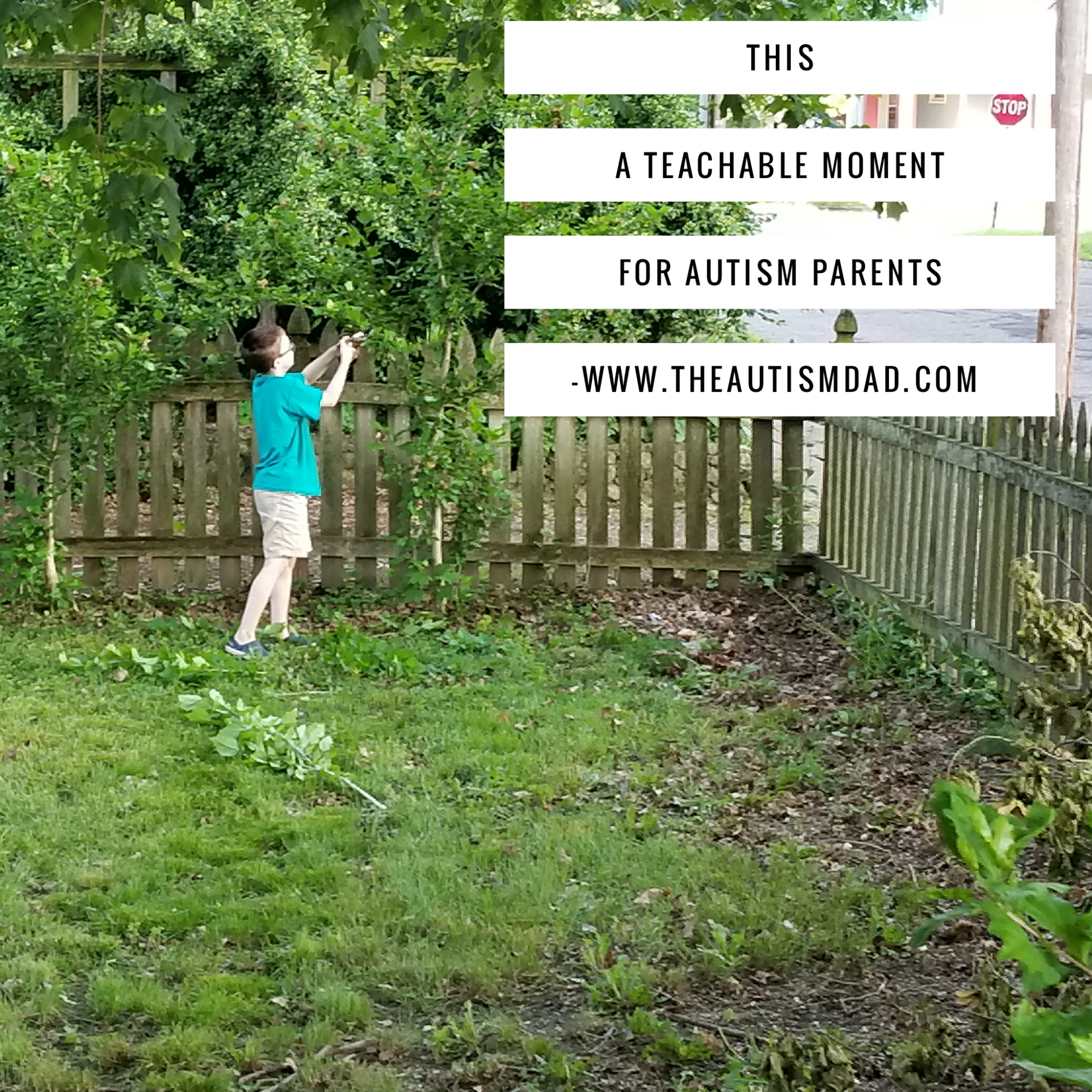 As the afternoon began to cool off a little bit, I tackled the yard. Rather, I began to tackle the yard.

I was able to trim the front and side of the house, as well as mow the entire lawn. It took me about an hour or so, and I still have to trim the main part of the yard.

The neighborhood has been pretty quiet lately and I decided to ha e the boys come out and help me for a little while. Emmett was the only one excited by the idea of helping, but I did get some cooperation from the other two.

In fairness, Gavin did want to help, but he simply wasn’t firing in all cylinders. He couldn’t remember anything, and was getting frustrated. I sent him back in the house, because I was concerned about his safety at that point.

We ended up making a decent size dent in the yard, and I’m pretty stoked about that. There’s still a great deal left to do, and it will be raining for the next couple of days. 🙁

When I have the kids helping me with things like this, it usually adds a decent amount of time, to what would have take me a much shorter amount of time, had I not asked for their help. 😁

Autism, ADHD, and of course Sensory issues, all seem to play a role in dragging things out.

Emmett always has to stop and fix his crocs. Elliott can’t stay on task, and Gavin doesn’t remember what he’s supposed to be doing in the first place. There’s a great deal of repetition involved, and frankly, it can get frustrating for me.

At the same time, anytime they are willing to step outside of their comfort zone, and help me with something around the house, I totally embrace it for what it is.

I don’t care about the extra time, because it’s extra time spent with my kids.

Yes, it’s frustrating for me at times, but what they’re pushing themselves through is far worse than anything I’m experiencing. It requires a bit of patience, and a lot of supervision, but it’s worth it. ☺