A night of massive meltdowns -

I was photo bombed while taking this video

It’s the only time I can break down

A night of massive meltdowns


Last night was filled with meltdowns, freak outs, and trying to figure out what the fuck was going on. Emmett was complaining of a tummy ache but he couldn’t express anything more than it hurts.

It’s really hard to know what’s going on when he’s unable to help us better understand what’s he’s dealing with. 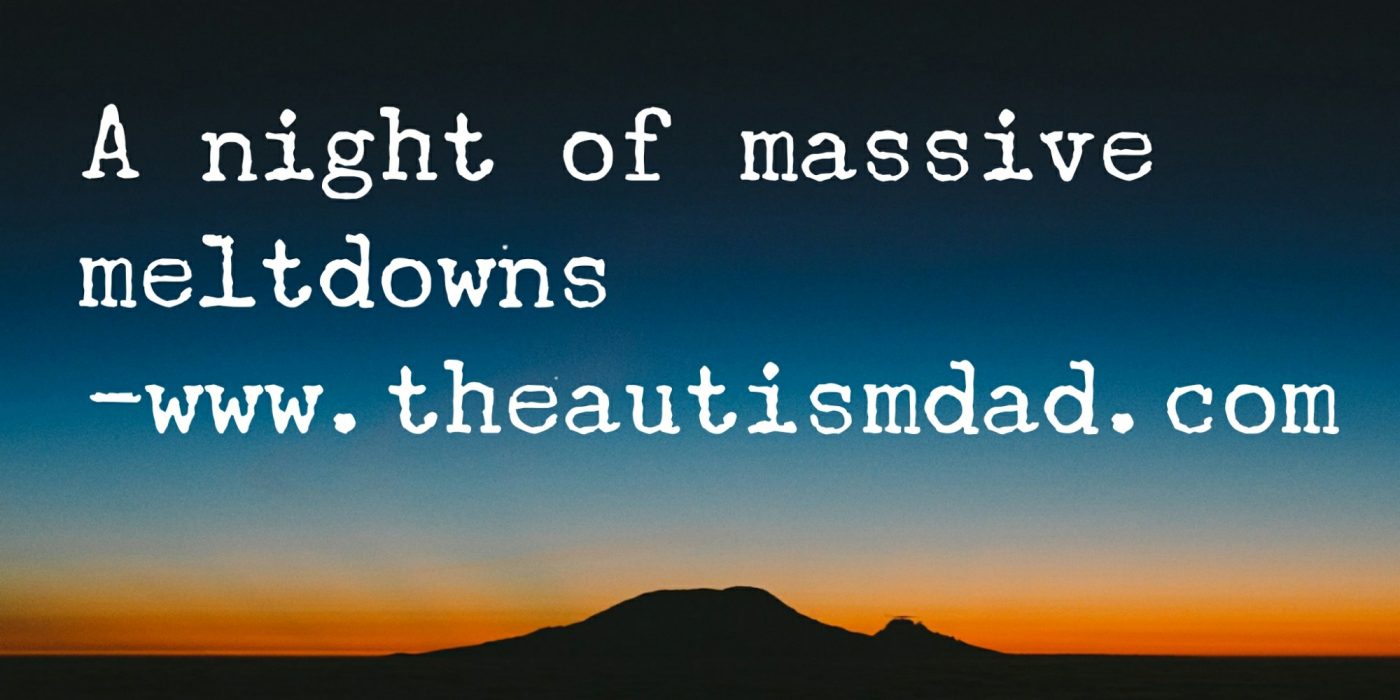 There’s no question he was upset about his stomach but we couldn’t tell if he was hunger related, constipation, or nausea. When we asked him about describing what he was feeling, he just melted down and screamed I don’t know.

He ended up falling asleep without a huge amount of trouble.

He struggled a bit because he was convinced that he was going to puke, and didn’t want to sleep on the top bunk. Lizze was able read him to sleep, and he felt better as he settled down.

I’m hoping he sleeps through the night and feels better in the morning.