Gavin's in the hospital and here's what happened -

My Son was Rushed to the Hospital: An Important Update

Gavin’s in the hospital and here’s what happened


As I’m writing this, I’m sitting on the floor at the hospital, because Gavin was rushed here by ambulance tonight. We aren’t entirely sure what’s going on. He’s stable but in rough shape.

We suspect it’s a reaction to his meds.

I had actually recorded a pod this morning and talked about what’s going on with Gavin. It’s easier to just listen than for me to try and explain everything.

Since this pod was recorded, we had to start him back on the Clozapine, per his doctor. Gavin was not doing well, and Clozapine is the only medication he can take. 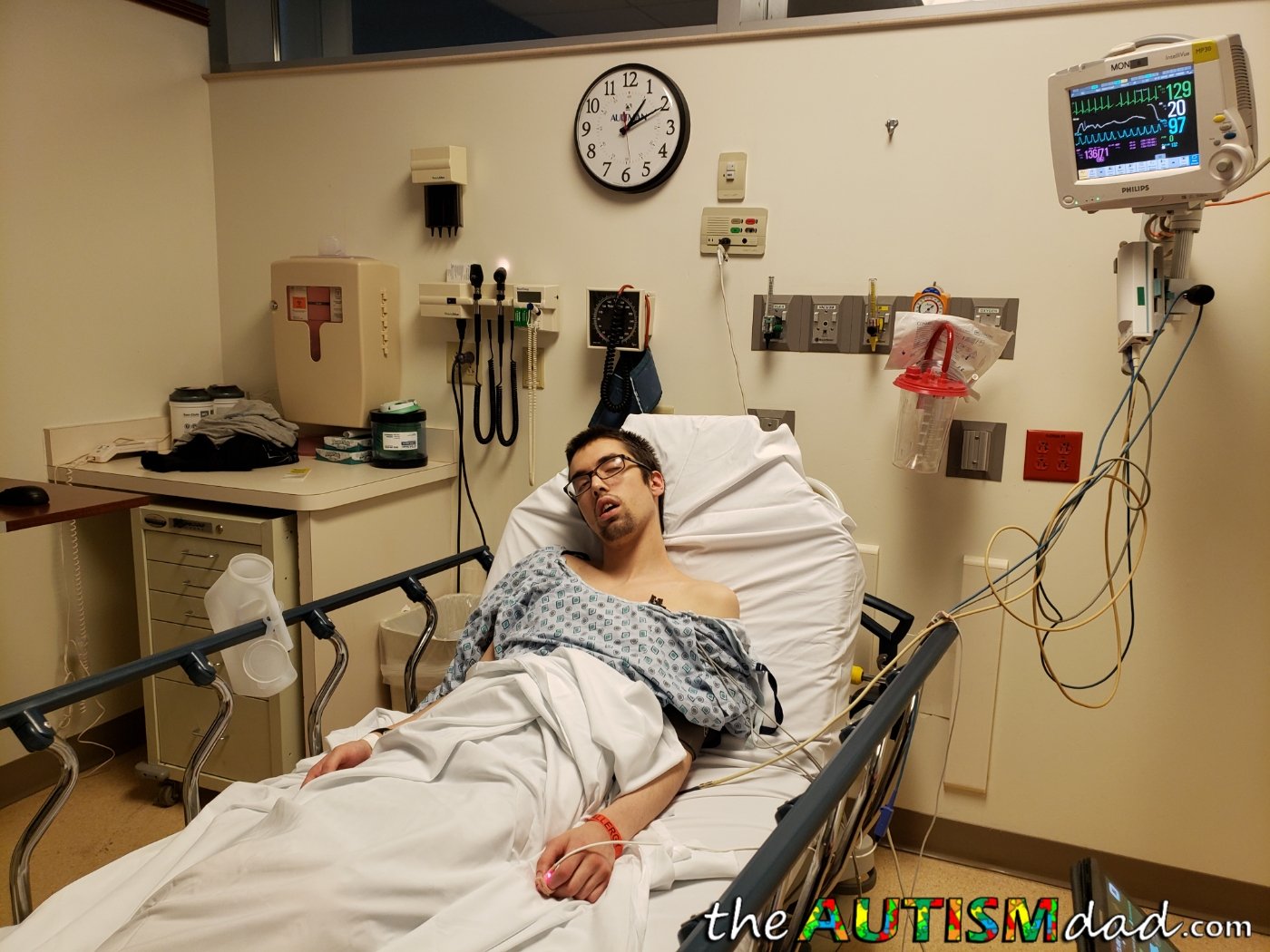 We suspect he’s having a reaction to going back on and it was pretty scary. It’s still scary because he’s not doing good.

About midnight, Gavin collapsed in the hallway. He was completely disoriented, unable to stand, speak or even hold himself up. He was drooling all over himself and had lost control over his bladder. Every time he laid back, his tongue was occluding his airway. We don’t know if he had a seizure.

There was no way I could get him down the stairs on my own. We have an open staircase, and it was too dangerous.

I had Lizze call 911 because I was not comfortable managing this on my own.

At the moment, Gavin is still incoherent and has been admitted. That’s all I have for right now. Again, the podcast below will go into more detail about everything prior to Gavin being hospitalized.

Please keep him in your thoughts and prayers.

All the best. I hope he is feeling better quickly.

Hope they soon find out what caused it. Thoughts and prayers with you

When ur kid is ill it’s the worst feeling in the world. We went through a tough time jan/Feb for 9… https://t.co/KhtKCEbP4l

How scary! I have you all in my thoughts.

Best wishes, Rob. He’s a beautiful boy. So sorry this is happening.

Oh no! Sending prayers for you, him, & the family!

I’m so sorry to hear about what happened with Gavin. Must be so scary! I listened to podcast this morning and everything seemed ok. Love and prayers to you all!

Thanks Lynda. It was okayish at the time of recording and it went downhill after he went to sleep

Thanks Lynda. It was okayish at the time of recording and it went downhill after he went to sleep. I’ll explain in a new post.

Praying for Gavin and you all.

I am so sorry for Gavin and all of you, I know how dreadful it is to have a child in hospital especially when your child has had such a frightening episode. I pray that Gavin will be feeling much better over this weekend and will be able to come home very soon. I also hope that a medication is found to really help Gavin as soon as possible, but I know it’s really trial and error.

I can’t imagine how confusing and heartbreaking Gavin’s life can be for him and you, but the strength you all have to cope and pull your lovely family through these hard times is incredible. Please know that you are all in my thoughts, I only wish I lived near to you so that I could be a useful friend and neighbor and help you all.

Sending you all much love, thank you so much for posting these updates it helps us all very much.

I am sending healing prayers to your family.

Oh dear God, Rob. Will keep him and you all in my thoughts and prayers.