Down for the count….

Losing my mind..well…what’s left of it.

Down for the count…. 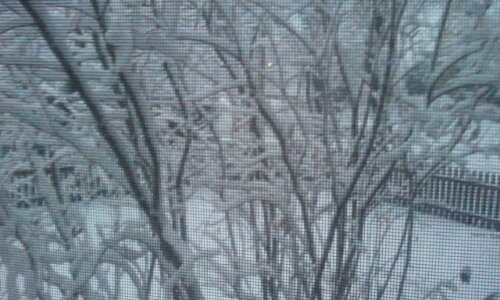 I’m down for the count. I’ve been knocked out by the flu. I’ve been sick a handful of times in the last decade. I have some type of freakishly strong immune system. However, when I do get sick…I GET SICK. Tyically, I end up in the hospital in pretty bad shape. I’ve had at least 1 REALLY close call and I almost didn’t make it. For those in the “know”, it took 6 liter of saline to bring my BP up over 100 systolic.  That’s A LOT of fluids.

It always makes me really nervous when I start to not feel well because it can go very badly. My biggest fear was that I was going to get sick while Lizze was trying to recover from surgery. She made it half way through and I thought we were going to be fine and then I get sucker punched by the stomach flu. It’s hitting me in waves. I’ll feel better and the I’m down again. Lizze is left to fend for herself and the kids. All while trying to recover,battling a really bad migraine and Emmett John being sick as well. Oh…and it’s a snowday….again..

It feels terrible to be down knowing she is not in a good position to be doing this for at least the next few weeks. I also feel guilty because I’m supposed to the one taking care of her. If I try and push myself then I’ll most likely get worse instead of better…….