I was interviewed by WritRams.com

What do I mean by sensory issues?


We are having major issues with aggression. Emmett is becoming much more aggressive and Lizze, Gavin and Elliott are paying a very heavy price. Not sure if the pictures so the claw marks on Gavin’s neck and Elliott’s back. Elliott was also bitten on his left……um….butt cheek. Obviously, we don’t have pictures of that. However, the bite was pretty bad, luckily it didn’t actually break the skin but it’s badly bruised.

Lizze is also being assaulted as well. She’s getting smacked and hit on a fairly regular basis. She has scratches on her face and neck. I don’t know how to address these aggressive behaviors. Part of the problem with Emmett lies in his frustration with communication or rather lack of communication.

This is one of the less than positive aspects of Autism that doesn’t get talked about enough. Look, discussing these behaviors, admitting they are happening and acknowledging that they are a problem is not a reflection on our children. Recognizing that the behavior is the problem and not the child is difficult but necessary if we are to educate the pubLiz and help them to be more Autism Aware.

The important thing to remember is that admitting this is a problem doesn’t mean we don’t love our kids. I would argue that it means we love them enough to be able to separate them from the behavior. 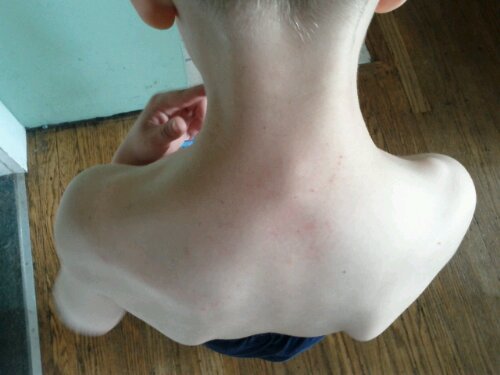 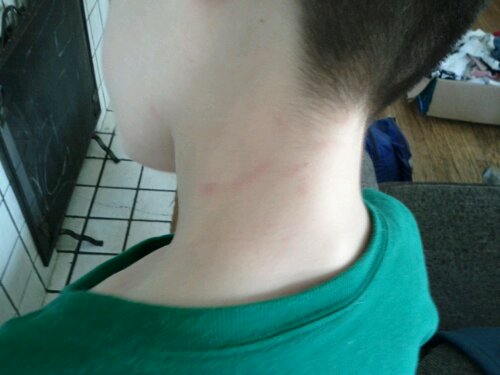 Post by WordPress for Android via Nexus S 4G with out the use of proper editing tools and auto-correct.

I'm pretty new to the blog, so please forgive me if you've covered this already. Would the Picture Exchange System (PECS) work for Emmett? We started to do that for my son, but he wasn't very interested in it. Fortunately, since we moved to a less stressful living situation, his verbal language skills have improved a ton. I just want to say again that I sympathize. My son is very rough and aggressive, and it's saddening to watch. He's also starting to tantrum more and he hits and kicks and being on the receiving end of them HURTS. I still contend that he is a wonderful little boy who is affected by something much bigger than himself.

Thanks for stopping by. Our kids are incredible and nothing will change that…ever. I wish you the best of luck and hang in there….. 🙂

Oh…..and we do have a picture system in place as well. It does help.