Autism, PICA and my sanity -

Autism, PICA and my sanity

Gavin is now at the pediatrician getting checked out.  We will likely be sent for an abdominal xray to get a better idea of what is going on.

I’m concerned that he is dealing with a blockage or at least a partial blockage.

The other concern is that there is a chance he has actually been eating his socks and that is contributing to the problem.  While he denies this as being true,  he’s never honest about what he eats right away.

With that said,  we can get an idea of whether or he’s hiding something by the way he reacts to the question.

We have to assume that he’s not being honest because his health and safety may be at risk by what he has ingested.  This will turn into an interrogation of sorts because we have to figure out what he ate,  so it can be dealt with.

I look forward to a day full of meltdowns now. 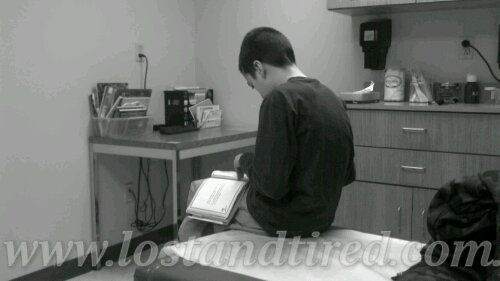 The Mendoza Science and Arts Autism Foundation inc on Facebook

This hits really close to home. *sigh* My son used to eat his socks too, amongst other things, some of which are completely unmentionable if you catch my drift. We've since had some success replacing the sensory seeking component of the behavior with alternative "more appropriate" things to chew on and munch on. Theratube has worked wonders, as well as good old fashioned drinking straws, in combination with a wide variety of food textures (especially that which is sought after in the moment) and a palate that hits all of the tastes (sweet, sour, salty, spicy, etc.). It has been a real work in progress to be sure and every now and again it rears its ugly head. I'm sending you lots and lots of support and thoughts today and over the coming weeks and months in hopes that you will find to the key to this compulsivity.