#Autism and those winning moments -

#Autism, overload and the sensory diet

#Autism and those winning moments


All of my boys are in different places on the Autism Spectrum. Much of the time they are fighting or screaming at each other.

Typically,  this is because these guys are set off by different things. They push each other’s buttons without even realizing it.  Once they get started,  the madness just cycles until we find some way to break it.

This morning was one of those rare moments where all three of the boys worked together towards a common goal.

Gavin,  Elliott and Emmett spent some time this morning build this giant contraption out of a marble track,  a race track and some of Emmett’s blocks.

The peace was short lived because the fighting began when they began trying to name it.

However,  they deserve credit for the time they worked together.  I hope to see more of this as thine goes on.  🙂 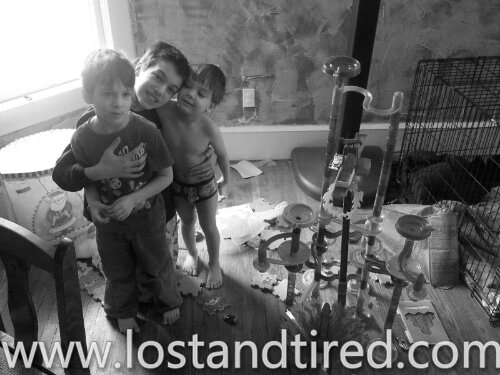