Saw this on my walk tonight

Welcome to another exciting edition of Lost and Tired’s, Friday Forum. I going to do this a bit differently today and 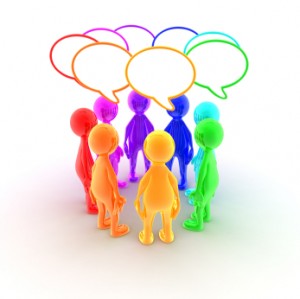 instead of making this private, I’m going to move from the Autism Help Forums to the pubic setting. The reason for this is because I want to talk about something that happened this week on Twitter that has the autism community quite upset, and rightfully so.

Apparently, rapper 50 Cent made some derogatory comments via his Twitter account. These comments were in regards to #Autism and special needs kids in general. Many, many people, including myself, were offended by this. Here are the Tweets 50 Cent made this week:

He went on to say:

To my knowledge, he has yet to actually apologize. Actress and #Autism advocate, Holly Robinson Pete has publicly confronted 50 Cent in the form of an open letter. This is from Holly’s website:

Since last night my twitter timeline is flooded with tweets and retweets about a response you posted to someone who insulted you. When I read it my heart sank. I thought maybe your account had been hacked. No such luck. Granted, his comment was completely out of line but your retort: “i just saw your picture fool you look autistic”- was so so disappointing. I mean, that’s your comeback?? And you didn’t stop there. You went on to joke about not wanting “special ed kids” on your timeline. Seriously, THIS is how you use your platform of 8 million plus followers??

I’ve met you in passing over the years and I know you are a bright, astute businessman and legitimate philanthropist so it is with a bit of sincere confusion that I ask you… Do you even know what autism is? And what exactly does “autistic” look like? Do you know how wildly prevalent autism is? 1 in 88 have it. That’s 1 in 54 boys. Families suffer a social stigma you will never know. It is a financial and emotional drain for millions, so our non-profit- HollyRod Foundation works hard to raise funds to help these families cope…

I hope you can see how what you might see as a benign insult-or not- was so randomly hurtful, immature and misinformed. Maybe you are naive or indifferent as to how many of your fans might be deeply and personally offended by your insult. At the very least-can you please delete it? If you’ve read your mentions today I am sure you have felt the wrath of autism parents. We are no joke. Neither is autism. We are not about to let you attempt to make “autistic” the new “R-word” under our watch.

Finally, this is my son Rodney Peete. He has autism. So I guess this is what autistic looks like? He is in special ed. He loves rap music and is a HUGE fan of yours. He’s a tremendous kid. He has to deal with so much trying to fit in. This isn’t helping.

I want to open this up to discussion today and hear what you have to say about this. What are your thoughts and feelings on this issue? Also, Holly made a great point when she questions 50 Cent on using his platform of 8 million followers to bash Autism and special needs kids.

I'm going with "Never attribute to malice that which can be attributed to stupidity &/or laziness"
He mentioned that he used to be a Special Ed kid himself. So I'm seeing this as an attempt at irony which has become translated to moron-y through the translation from his head to his keyboard and our screens.

I've provided an Open Invitation for @50cent to respond to the Autism community via @autisable.   Given his track record, I wouldn't expect him to respond.  Here's the link -&nbsp ;http://www.autisable.com/765139193/a-formal-invitation-to-50-cent/

@JoelManzer  @50cent Nice. I hope he takes the opportunity to make this right. However, I'm not holding my breath.

@Lost_and_Tired just shows how ignorant and rude he is 🙁

I think an apology to our kids would be a start, its them after all who listen to him and will feel the hurt from these vicious words.  Then i think he should go on an awareness course or at least read this blog,  people like that need to learn how hard it is for families who have children on the spectrum,  As a parent of a 5 year old with ASD i cannot be angry at his ignorance,  I have to say i hope his mother is extremly angry at him, after all if you can't say something nice then don't say anything at all we was all taught with as a child so why does it go out of the window as we get older?

@TinaBanks I don't know what upsets me more, the actual comments or his attitude after the fact.

He should educate himself and learn about what it feels like to hear something like that about our kids. Thank you for taking the time to comment. 🙂

"…I’m going to move from the Autism Help Forums to the pubic setting."

I think an apology would give him more publicity…yes he should at least apologize. Will he make a difference? Probably not b/c he is an idiot thug. If he had a brain or a heart, he would take this opportunity to educate the thug population that think he is so great. Holly wrote a great letter and we as parents felt really good to have someone in our corner speak out against  the ignorance…but I think followers who think 50Cent is a role model are not the minds we hope to change. just sayin"

@badassautiemomma You make a very good point. Would an apology even make a difference?

A real man can admit his mistakes and use them to make himself a better person. A coward simply deletes his tweets and pretends it didn't happen…..

Honestly, the guys comments make me sick.  He is clearly extremely ignorant on the subject, if not he would understand that there is no such thing as "looking autistic".  It's been my experience thus far that when someone doesn't understand something, they react one of two ways- pretend it doesn't exist or make fun of it.  Either reaction is very dysfunctional, but his ignorance is hurting many many individuals who may have previously respected him and looked to him as a role model.  I am not included in that group myself.

I'll get us started. I'm not a fan of 50 Cent to begin with, nothing personal, I just don't like rap music. However, I really take issue with people in a position of influence making ignorant comments like this. We all say and do things that we later regret, however, most of us have the stones to accept responsibility and apologize.

He should have at least apologized, at least……