The police showed up at my house a few minutes ago.  Someone,  decided that we weren’t going through enough already. They decided to create more drama and turmoil in our lives.

A few years ago,  one of my neighbors from a few doors down was drunk and driving his car all over the neighborhood.

Up and down the allies and through people’s yards.  One of those yards,  happened to be mine.  He drove through my yard with such speed that he literally sheered the Do Not Enter sign off, flush with the ground. He barely missed my car as well.

I wrote about it at the time but can’t find the post to link back to.  🙁

The sign has set in my back yard since then. No one ever came to put it back into the ground.

Fast forward to this evening and one of my compassionate,  understanding and we’ll meaning neighbors,  decided that they would call the police and report that I stole the sign and stashed it in my back yard.

Ironically,  I believe it may have been some of the friends and family of the idiot that sheered the sign off in the first place, that called the police. They all watched from their front porch as the police walked up onto my porch and confronted me about the sign.

However,  one of the officers was a very good friend of mine.  We went to grade school and high school together.

Their plan to cause us distress had failed.  My friend and his partner hung out for a bit and caught up.  I showed them the sign and explained what happened. It was obvious that the sign wasn’t stolen and was run over.  For one thing,  I wasn’t hiding it very well.  It has been leaned up against the side of my house,  out in the open for years.

My friend reported what had actually happened and said the city would be out in the morning to fix the sign and relieve me of the burden of storing it.

When the officers left,  we shook hands,  while my neighbors watched.  My buddy said that he was going to look after us,  now that he knows we live here.

My guess is that when my neighbors decided to try and hurt us,  this is not how they had envisioned it going.  All they succeeded in doing was making me realize how badly we need to get out of this neighborhood.  However, until that day comes,  at least I have a someone watching out for us now.

To my so called neighbors,  and I use that term loosely, I just want to say that we are much stronger than you think we are. We may appear weak to you because of all the challenges we face.  However,  it’s only because of your ignorance that you don’t see the truth.  You live your lives trying to hurt others and make them as miserable as you are.

My family is stronger because we work to build people up.  Despite all of the challenges we face,  we are always trying to help others.  Yes,  my children are different as you are aware.  I know this because I’ve heard the word retard used more than once,  when describing my kids.

However,  despite all the challenges they face,  they are now and always will be better than you.  They are kind and compassionate.  They can show empathy and love.  They would never target those they perceived to be weak.  In fact,  they would stand side by side,  as would I,  with those that can’t stand up for themselves.

I feel sorry for you.  I hope that someday you realize that the path you’ve chosen in life will lead you nowhere.

You have my sympathy not my anger. 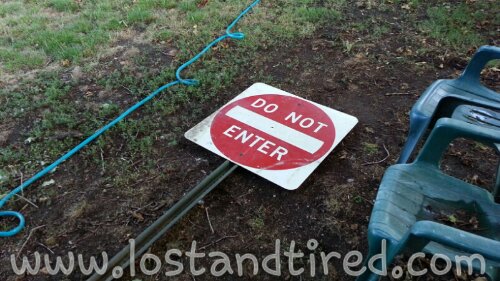 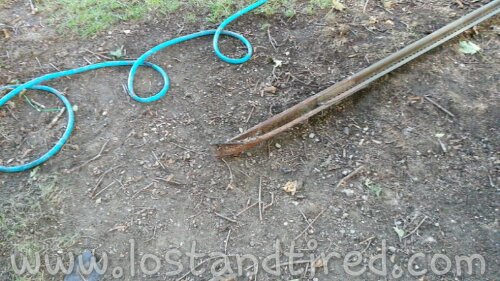 Stand strong! Praise God someone is looking out for you!

So glad things worked out okay for you . Keep your chin up and stand tall . We're cheering for you , all the way from Western Australia .

Thank you very much. 🙂

I believe the call to the police was in fact the mechanization to alleviate some of your stress. How else would you have met your dear old friend? It was wonderful to read this and see the mysterious ways a higher power will work in..I feel so strongly it is also a "sign" (pun intended) that your living situation may miraculously change for the better. Watch for the chance to move, to be free from living under that unnecessary pressure. I wish you and your family the BEST OF ALL THINGS, and God Bless you for being so gracious about the events. I am pretty lucky where I live that INCLUSION is more evident in a larger percentage of the people I deal with. I can only hope and pray that you too will feel this acceptance very soon in a more appropriate setting!

But a registered child molester on probation can hide a girl he’s kidnapped and the children she’s given birth to in a compound in his back yard and go unnoticed for more than a decade. Clearly your nosey stupid neighbors need to be relocated to somewhere they can use their powers for good and not evil.

Some people can be total jerks. I hate that this happened to you. I'm glad that the officer was a friend of yours. I'm sure that helped make things a little easier for you.
My recent post Dead Ringer Book Review

Damn, what a bunch of trash! And yes, that is frickin' sad that someone can have so little in their lives that they have to make hateful comments and try to cause undue suffering on others–for entertainment?! Maybe their cable got shut off and they couldn't watch Jerry Springer? Seriously, WTF?

Thanks everyone. I appreciate the support…

WTF! You’ve got to be kidding me! Are you seriouse here? Like they have nothing better to do with their time? Wow, I’m sorry you had to go such a meaningless ordeal while your family is still whirling around Gavins issues. What would make someone call the police over this….the police have much more important issues to handle, glad you knew the officer. F— the neighbors! Poor Lizzy, she didn’t need crappy neighbors to do this!

Seriously???? Can I curse on here? Butt munches!!!!! People just amaze me sometimes, they really do. good for you for finding the positive even right now

Rob, you so did not need this right now or ever! some people! HUGS!
My recent post Dreams really do come true! Different… Not Less, We Need Acceptance, not just awareness!

Thanks Chloe. I'm not going to let it get to me. I'm gonna let it motivate me to get us out of here. 🙂

glad it all turned out okay, and you knew one of the cops. Sorry you live in one of “those” neighborhoods. I live in a working class neighborhood on a street with 3 children on the autism spectrum, all unrelated. Fortunately everybody’s pretty nice about it here.

Understanding people would be nice to live by. 🙂

geez bud. what is with people? I would love to kick out my neighbors and have you and the rest of the Gorski's come live here.
My recent post A new article has been published

Carl, I would be honored to share a property line with you and your family. 🙂

I don't know why people have to do things like this. I guess because I would never do that to someone, I assume it would never be done to us.

I suppose I shouldn't assume. Thanks Carl…..