Please keep Bella in your thoughts

A message to my readers

Please keep Bella in your thoughts


Lizze and I arrived home about an hour or so ago.  When I went back to get the dogs and let them out,  I discovered that we were in trouble.

Bella had bounced her kennel over far enough that she knocked a box over that was full of various power/computer/HDMI cables.  There was also a box of screws and those little metal shims that you use to secure a pane of glass in a windows frame before glazing.  You can see those below in the little orange container.

There were hundreds of those little shims and an unknown about of screws but likely at least several dozen.

As you can see,  Bella went to town on everything.

We have no idea how much she actually ingested.  There are sections of cable that are unaccounted for and God only knows how many screws and little metal triangle shims she ingested.

I called our vet and was referred to the emergency vet because his office was closed.

The emergency vet is grossly overpriced and I was quoted something like $78 for the visit and $150 for xrays.  I have no idea what they would find and then what we would have to do with what was found.

I would think that the main concern would be the screws and the metal fibers from the cables she chewed up. They could perforate something and that wouldn’t be good.

How would they remove all that stuff? I would imagine it would be surgery and well, the last time didn’t go so well.

Bella is a member of our family and extremely important to Emmett.  She has brought him out of his shell and continues to do so.  She is essentially his service dog.

I hate the idea of putting a monetary value on Bella but the truth is,  this could get really expensive. When your not exactly thriving as it is, how can you justify this type of expense?

Maybe that sounds ridiculous but it doesn’t feel that way to me right now.

On the flip side, we could find some out that she will be just fine.  Your guess is as good as mine.

Right now I’m just concerned because of the unknown factors.  I don’t know how much she actually ingested and what it was for that matter.

Please keep her in your thoughts and prayers.  She’s apparently stupid but we love her anyway and don’t want anything bad to happen. 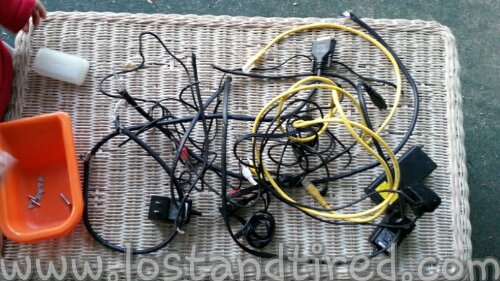 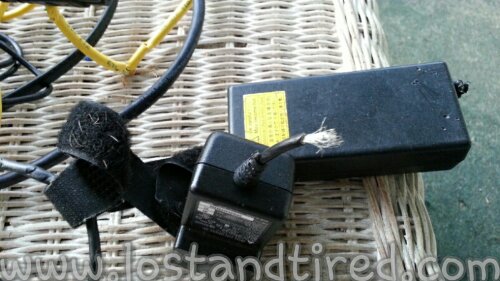 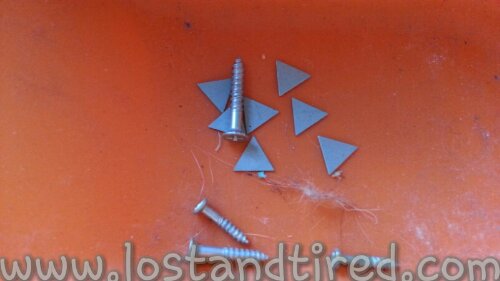 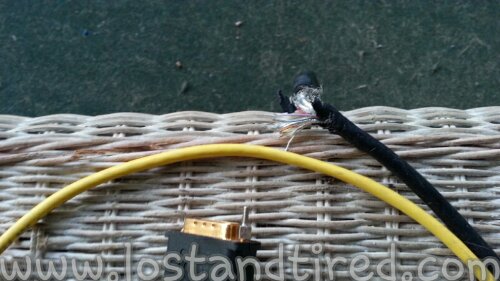 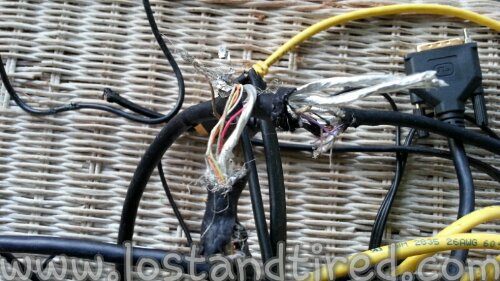 I would feed her a piece of bread to help buffer and collect whatever she might have ingested – it will all come out in the end, quite literally 🙂  …and hopefully all o.k.    It's amazing what they can really ingest – like you know, Frisbees, rubber, nylons..rocks….and still manage to digest most of it.  Keep an eye on her.  Maybe she did more chewing than anything and not a lot of swallowing.

OMGoodness!  (Sounds too much like our youngest horse who ate an entire bottle of tire slime.)  Pepto bismal is safe for dogs.  Our puppies ate a bag of chocolate chips one day, so the vet recommended H2O2 (hydrogen peroxide) to induce vomiting and then pepto to calm things down again.  Good luck and PP for your puppy!

Thinking her. Can you give her something to make her throw up? Would that help?  You are not crazy, dogs are great!

Feed her high fiber things with her food for the next couple days and make sure to watch for any signs of abnormal behavior…Like not eating and lethargy etc. With hope, it could pass just fine on its own, but you want to keep a close eye on her and be ready to go to the vet if necessary. I know how much they cost and it's not easy. :/

Um, because your life was going so well, huh? You're not crazy.  Our lab had 2 expensive surgeries for gastric bloat, all because we loved him, and he was great with my son            with aspergers, and even better for the bipolar guy. He lasted 11 years, and sure earned his keep, and when he couldn't have another surgery, we were sad when he passed.  The boy still wants a dog, but I am a bit hesitant due to the crazy vet costs.  Once you love those guys, you're kinda stuck.  Wait til a,m, if you can…

You may want to wait to see how things are going until tomorrow morning and then take her to the regular vet. You could try googling stuff online about this as well. Poor Bella. I also do not believe you are being ridiculous in worrying about Emmitt. If she is the reason he came out of his shell and something does happen to her not only could he regress but he could get worse. I know such great news huh 🙁 Prayers for Bella and your family. If necessary you could ask if they will take payments at any office. Hopefully they will work with you.

@JenniferWhynott thanks. I appreciate your support. 🙂

my sheepdog ate a whole bat of fiberglass insulation.  it came through ok, and 4 years later he is still with us.

@Carlyoung thanks Carl. I'm hoping for the same thing. 🙂