Do your kids scream?


The honeymoon period is officially over and Gavin is going to work on Lizze’s parents.  On one hand, it’s comforting to know that it isn’t just us.  On the other hand, I feel totally betrayed….again.

Gavin has begun the psychological warfare and is trying to gain sympathy and create tension between Lizze’s parents and us. 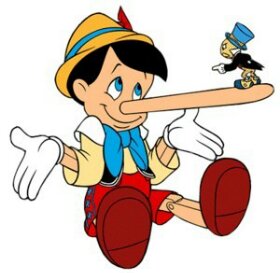 He’s doing this by using one of his natural talents, lying.

He has told his grandmother that Lizze and I are sending him to a hospital that have him hooked up to an IV so they can perform medical experiments on him.  He also informed her that he would be there for almost four or five years.

Are you friggin kidding me?  WTF Gavin?

Of course, she knew that wasn’t true and let Lizze know about it this morning.  Part of me wants to pull a surprise visit and call him out on the lying.

He wasn’t confused.  He knows exactly what he’s doing and in my eyes, that makes it even worse.

This feels like a knife to the back and honestly quite angry over this. I don’t know why I’m so surprised, I shouldn’t be. I suppose I thought it would take longer before this happened.

I’m torn right now between confronting get him over this and just letting it go and washing my hands of it.

Rob–I know you are still suffering from all that you have gone through with Gavin.  When you are able to move your emotions further away from him, you will be able to cope better.  Don't take what he says personally–it's what we have to do with my younger girl.  We just have to tell ourselves that it is the disease speaking, not the child who knows I love her.  She has called me this week several times and made multiple accusations against me, her older brother and her father.  She believes I married him knowing he would become mentally ill and then abuse our children.  We have had several calls where the call ends up with her in tears.
She wants to be her sister so much that she claims all of her sister's experiences–good, bad, or horrific–and now wants people tried for doing the bad/horrific things to her.  It is SO hard to know what is truth and what is fantasy.
The only way to deal with Gavin's accusations  (that are not being believed because the person saying them is a known "unreliable reporter") and are not true– is to not interact with Gavin, but let his grandparents deal with him. For you or Lizzie to respond to him validates the charges in his mind.  Plus, he is able to get the interaction/attention that he craves–so to respond is to increase the behaviors you don't want.    You are all in my prayers.  Give the "littles" hugs from all the animals on our farm here.
Karen
XXOOPP

He feels abandoned. He knows he is getting sent away. The only lie is the experimental part, and give that he gets medical treatment that is intense, it wasn't far off in his mind. Wouldn't you feel completely abandoned as a child if your parents left you off like that? What do you expet him to think? ANY kid would think that. I would not b so upset about this one….If he had attachment issues before, I would imagine all this is making it worse on some level…

@AnnMarieHakeHughes I don't know that he feels abandoned. Unfortunately, I think you're giving him far too much credit. I wish you were right. 🙁

Rob, what I notice the most in your blog is the complexity of all the issues you have to deal with each and every day. The level of stress you're under is frightening. I wish I could help you. I just want to offer some thoughts regarding today's post about Gavin. If Gavin did not have these extreme behavioral problems he would still be at home and you would not be looking at residential placement. If he improved dramatically in his grandparents home, you would eventually be asking yourself why he can't be that way at your house. Instead, his behavior is quite consistent.
While he may, according to Dr. Patti, have the ability to control this behavior, he may not be able to trust that he would benefit, if he would stop the lying and manipulation. Also, even though he did not outwardly display any fear or anxiety about being removed from his home and family, there may still be some deeply buried feelings, or confusion, that he's trying to deal with.
It sounds like there are so many neurological/mental/emotional things going on with Gavin, that it's almost impossible to identify what's causing what. I do think that his Reactive Attachment Disorder drives much of his behavior. What I understand from your blog is that Gavin was so severely abused as an infant/toddler, that he can no longer trust anyone, love anyone, or allow them to love him, or even believe what others tell him. It sounds like he craves attention, but is at war with the world, to make sure no one gets close enough to hurt him again. What an exhausting, tragic, and lonely way to live. Normal behavior for a child is to try and please adults, in their desire to love and be loved.
As far as your feelings of betrayal, I don't think Gavin has the true capacity to act this way just so he can hurt you. The fact is, he is hurting himself more than anyone else. I know from experience that it's hard to not take this personally, but try not to.
It's clear that you are exhausted and have been pushed far, far beyond your breaking point. You need rest. I disagree with confronting Gavin again. At this point I think you need to conserve your strength for Lizze and the boys, and use what you have left to seek other emergency placement for Gavin.  If you try to straighten things out every time you feel you need to "set the record straight" then Gavin will get what he seems to want…more disruption, drama, and more attention for bad behavior.
Finally, what you have experienced in the past week, by removing Gavin from the house and essentially removing him from the family circle, is a type of divorce. It's confusing and it hurts because it's supposed to hurt. It goes against everything we know and expect in life. It will take time, different amounts of time for each of you, to process and accept the situation. The fact that Emmett and Elliott are already bonding in a new way is encouraging. Don't blame yourself for not being able to fix everything…for not being able to "cure" Gavin with love. Please be gentle with yourself. You don't have to be perfect.

@hudginsvicky thanks very much. I don't fully understand the complexity myself. I just know that he making choices. While the way he's wired is not his fault, the choices he makes are.
Thank you for your kids words.

Would confronting him just give him more satisfaction that he has achieved his goal of creating tension? Also he would have gotten to see you and see you upset which would be even more reinforcement and encouragement. Since the grandparents are stepping in as primary caregivers, maybe it might be better coming from them.

@Suz you're exactly right. They are going to handle it. 🙂

Look, his lie was not believable, so he's not deceiving anyone.  If his intention is to split you guys from Lizze's parents, well, that wouldn't be surprising at all given his diagnoses.  Maintaining open lines of communication with them will keep you from falling into that trap.   Can you get some advice from Dr. Patti on how to handle these events?

@dotdash we talked to Dr. Patti and she suggested not to get involved. The grandparents are going to handle it.

he needs to be confronted ,he cannot be allowed to lie to ANYONE especially about you and Lizze,and if it causes a meltdown and it gets violent call the police and get him admitted into the hospital ,the system has got to be shown that this kid can't make it at home , no one's home . That is the only way placement will happen ,if there is any way to keep him from being placed that is the systems goal. So go confront,and yeah meltdown is probably going to happen But that is the truth of Gavin,He needs professional psychiatric  help, and that is not going to happen in your home or your in-laws. He needs placement,I am hoping something opens up for him soon,thought go to all of you

@ChrisCrane thanks. They are going to handle it so we don't have to have contact.

Could it be possible that in his mind that "is" what he fears?  When I had to have surgery as a kid, I truly thought that I would wake up either in the defective kids farm, or in heaven because my parents were killing me.  When I woke up from surgery, I remember thinking "that is what an angel looks like".  I was soon shocked back to reality when my mom came to comfort me.  I'm just saying there may be some real fears in those words.

rhonda My oldest boy had dental surgery at the surgeon's office.  They knocked him completely out and I went in to sit with him while he was coming out from the anesthesia.  There was a nurse there an when he first opened his eyes, he saw her and said "Is this heaven?  Am I dead???"  We laughed and said no, and then an alarm went off, he said "I'm in the ER and my heart has just stopped!"  He was sure he was dying for the next half hour.  Even later on after it was all over, and still years later he can remember "being dead".  You never know what is going through  a child/teen's mind or how the ideas get twisted.