Through the eyes of Emmett

I mentioned the other night that we had some more concerning news about Gavin‘s autonomic issues.  His specialist at the Cleveland Clinic decided that the pros outweighed the constant when it came to adding Ativan to Gavin‘s daily medication routine. 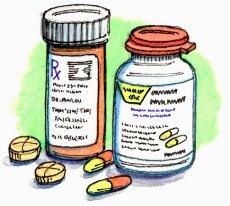 You may remember that this was discussed briefly before Thanksgiving the doctor that was filling in for Gavin‘s doctor was not comfortable do this and pulled the plug.

However, Gavin doctor is back and pushing forward anyway with Ativan.

I actually picked it up from the pharmacy yesterday.  The pharmacist was uncomfortable with this as well and went on the record as stating just that.

Gavin‘s heart rate is still out of control. The Ativan is supposed to help suppress his heart rate and bring it down to a more normal range, thus making him a bit more stabilized. No one is disputing that.

The concern is how the Ativan is known to interact with Clozapine. Clozapine is the most tightly control medication in the country and a very hard core anti-psychotic. Clozapine can have very serious and even fatal side effects of not closely monitored. That’s why it’s so tightly controlled.

Apparently, the combination of the Ativan and the Clozapine is known to increase the risks of side effect for each respective medication.

This is one of those situations where, as a parent, we have to weigh the pros and cons of a situation and do what we feel is best.

In this situation, there is a increased risk of side effects.  Gavin has been on the Clozapine for well over a year and is generally considered to be at little risk for side effects now.  We don’t know that anything bad will happen.

Having said that, we do know for sure, that Gavin‘s heart rate cannot be allowed to continue the way it is.  It’s too high and basically means that Gavin is in a state of constant autonomic crisis. At least to some degree anyway.

It basically comes down to this.  Something bad may happen by adding the Ativan.  However, something bad is going to happen if we don’t get Gavin‘s heart rate under control.

It’s a horrible position to be in.

The reason we have decided to go forward with this is because Gavin‘s doctor is among the best in the world at what he does. We also know that there is a difference between a potential problem and an accident waiting to happen.

This wasn’t something to decide lightly but based in the information at hand, this was the best decision.

It doesn’t feel good to be in this position and have to make these types of decisions. At no point in life, does anyone ever teach you to be prepared for this type of situation, let alone what to do. There’s no guide book for this.  Trust me I’ve looked.

Of course, the symptoms we are supposed to be looking for could be difficult to notice in even the most typical of children.

The reality is, Gavin is many things but typical is not one of them.

I will say that this weighing pretty heavy on me at the moment because with Gavin not being home, I have to rely on others to makes sure nothing happens.

I hate this situation.

Your logic seems sound to me.

Rob Gorski – What are the alpha or beta blockers is Gavin taking? Has the doctor exhausted all options for a sedative? My son Eddie has been taking Bystolic (beta-1 blocker) and Doxazosin (alpha-1 blocker) and it has very much improved his ability to regulate his own reactions in response to high stress. Ralph Ankenman is the psychiatrist who is overseeing his plan–he is very knowledgable on adrenergic overactivity occurring in the brain. Website is&nbsp ;http://hopefortheviolentlyaggressivechild.com/?page_id=206 and email is info@HopefortheViolentlyAggressiveChild.com.