Having the crap scared out of you, literally


Today is going to be a day of medication changes for the Lost and Tired family.  I’ve already discussed Elliott’s situation but I haven’t explained Gavin‘s.

Tonight, Gavin will begin taking ativan as a means of suppressing his constantly elevated heart rate. 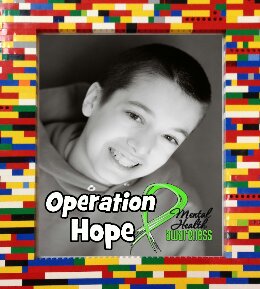 We’re going intobthis knowing that there are some serious risk factors.  The combination of the ativan and the clozapine that he’s already on increases the risks of side effects for both drugs.

The ativan isn’t as big of a deal but the clozapine is.  Clozapine is the most tightly controlled medication in the United States. It’s been responsible for many deaths in the EU. The most serious and deadly side effect has to do with the destruction of immune system.

If safely controlled and tightly monitored, Clozapine is an amazing anti- psychotic. In Gavin‘s case, it’s the last medication in this category that he has available to him. He has suffered no side effects and he has been on it well over a year now.
He went from weekly blood work to biweekly blood work. Currently, he gets his blood work done one a month.

The chances of any serious happening advantage result of the combination, should be minimal at this point.

I know it may seem like a big risk. However, leaving his heart rate out of control is even more dangerous at this point.  Basically, it’s the lesser of the two evils. I’m not thrilled about this but we literally don’t have any other options at this point.  We have some of the best neurological minds in the world working on this and right now, this is our best shot.

Lizze’s parents will have to watch him closely but that’s something they will do very well.

It’s bad timing to begin this now but we have put it off for too long and honestly, it’s always going to be a bad time.

Please keep Gvain in your thoughts and prayers.

Rob Gorski – As you stated in your blog, monitoring Gavin is priority. Taking each type of medication at a seperate time might help–ask his doctor. Hugs to Gavin… 🙂

@GildaMSanchez @Rob Gorski We spoke with his psychiatrist today and the meds should be fine.