The Penny war ends on Friday

Can’t argue with these numbers

What have you resorted to in order to get your child with #Autism to eat?

The Penny war ends on Friday


Something that Elliott and Gavin’s school is doing is called The Penny War. Each classroom is trying to collect the most pennies. You can also put dollar bills, nickels, dimes and quarters into another classrooms pot. 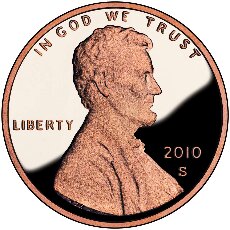 For example, if a classroom get a $1 bill in their pot, they loose 100 pennies.  Hence the phrase Penny Wars.

Anyways, when all is said and done, the money will be counted, converted into cash and donated to a family in need.  This is one war that I support.  In fact, we been arming Elliott‘s classroom with ammunition.

The winning classroom gets a pizza party.

As the dust settles by Friday afternoon, we should have the winner announced.  However, in my eyes, they’re all winners for donating to a good cause.  🙂