Lost and Tired is proud to work with Idolian, in conjunction with millerrupp.com to not only review this tablet but give some away to my readers as well.

I wanted to make sure I told you to check out Idolian’s website because they have tons of great tech for a reasonable price.

Now let’s get to the details.

The Mini Studio is an 8 inch tablet powered by android 4.1 (Jelly Bean) from Google. This particular model is designed to go head to head with Apple’s new iPad Mini. 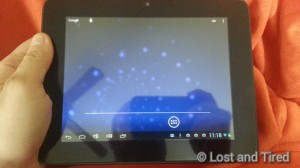 While I don’t own an iPad to do a side by side comparison, I have used them, including the iPad Mini.

The Mini Studio stacks up quite well, in this technology nerd’s opinion.

Take a look at the chart below and see for yourself how the specs stack up.

I’ve been putting this Mini Studio through the ringer for the past couple of weeks, prior to posting my review. I have to say that I’m very, very impressed with not only the build quality but also the performance. Having spent far to much time, with far to many tablets in the past, I have quite a bit of experience in this department.

Having said that, I’m still extremely impressed with almost everything about this device.

This tablet has run everything I’ve thrown at it, from games to live wallpapers, music and movies. It runs like a champ and never seemed to really struggle with anything.

The UI is buttery smooth and a pleasure to use. I did however replace the it with Nova Launcher, as I’m partial to that but the ability to do so is just another example of the advantages the Mini Studio has over it’s competition, otherwise known as the iPad Mini. The android OS allows for, nay, encourages the user to customize it to their personal liking. Don’t like the launcher, download a new one. Don’t like the on screen keyboard,  download a new one. You can pretty much find a replacement app for anything you could possibly need. They’re all located on the Google Play Store and many of which are free.

Over the past couple of weeks, I found this tablet to be very intuitive, responsive and easy to use.

My kids have been playing with it and it’s worked out very well for them.

I have even been able to use it for what I need as well and I’m extremely picky.

We have used this device to stream Netflix and watch ripped DVD’s from our personal collection. The Mini Studio handles these tasks and more with ease and efficiency. The boys have also played their educational games by Intellijoy as well as enjoys games like Angry Birds, Where’s My Water, Where’s My Perry and Sprinkle.

The resolution is 1024×768,and is on par with the iPad Mini and other android tablets of it’s size. The text and icons are crisp and very readable on this 8 inch IPS display.

I was really impressed with the external connections this tablet supports as well. As you can see below, you have a dedicated charging port, mini hdmi, microSD, micro USB, headphone jack and a reset button. All ports are clearly labeled and easily accessible. 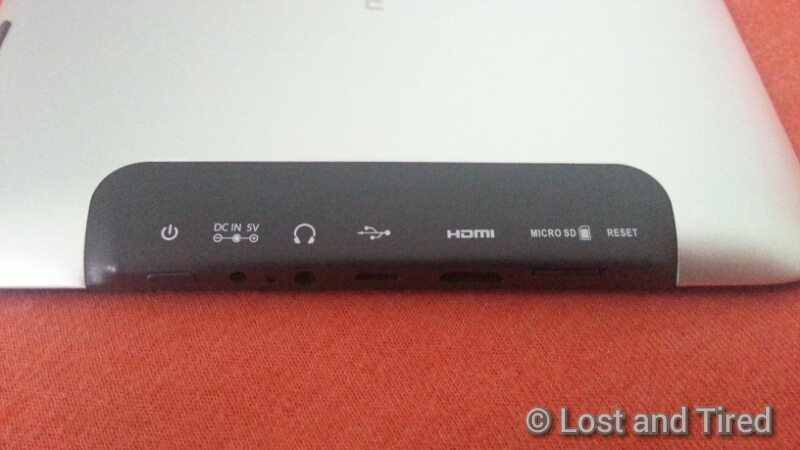 As I mentioned before, the built quality is very good. The Mini Studio has a brushed aluminium back and smooth rounded edges. The speaker is located on the back and is sufficiently loud enough for most use.

There is also a nice volume rocker on the rear as well, towards the top right corner.

That’s not to say that the cameras on the Mini Studio are terrible because they’re not. It just would have been nice to see a bit higher quality in that department.

Having said that, they certainly get the job done and it’s really hard to argue that, especially at the sub-$200 price tag.

The overall feel of the device is very solid and I like that. It doesn’t feel like it’s going to break in your hands. There is also no creaking in the joints as well. I’ve experienced this creaking on many other devices and it make the device feel cheap and poorly made.

I have to say that I’m extremely impressed overall, with the Mini Studio by Idolian. I really have a hard time finding any faults, especially when you consider what your getting for the money. This is a solid device and while lacking a few things like ambient light sensors, it makes up for it in the performance and affordability departments.

I mentioned that I would be giving some of these away to my readers. Stay tuned for more information and details on the giveaways, coming soon. 🙂

The android tab is much cheaper but the display of the ipad is still the winner.