Gavin was home for a few hours yesterday evening.  While he can’t live here at this time, it was nice to be able to spend some time with him.

In short spurts, Gavin is manageable at home.  Things become more difficult the longer he stays. 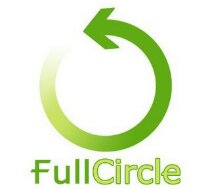 Lizze put the two youngest down to bed and I stayed downstairs with Gavin until her Mom picked him up.  Gavin spent most of the time talking to me about Sonic and how far he’s gotten in his various Sonic games.

It’s really interesting that while he can hold a very basic conversation, he can go on for hours on end about Sonic.  🙂

He’s never really interested in what I have to say, he just wants to talk about Sonic.

This reminds me of when he was little. He would become extremely hyperfocused on a singular topic and relentlessly talk about it until we would eventually filter him out, as a means of self-preservation.

He eventually moved past that and could hold pretty good two way conversations with people.

Unfortunately, as we continue to see cognitive regression, we are returning to some of these behaviors. This is actually a fairly typical aspie thing.  It’s what we always called a quirk.

It’s sad for me to see this happening again because I know that it’s because something is wrong.

While we were at Dr. Patti’s office on Tuesday night, Lizze mentioned that as he’s getting older, we’re seeing Aspergers playing a more dominant role in his personality.  That’s not a bad thing at all, it’s just a shift.

Over the years, Gavin will shift.  This is what we called it when the symptoms of one disorder would begin to overshadow the rest.  For awhile, the bipolar was most prominent.  Then we shifted to the Schizoaffective being more on the surface, so on and so forth.

I don’t know what this actually means but I know that it’s a pretty significant shift.  Historically, this leads us into uncharted waters.

On the positive side, it does seem to have had a calming effect on him and that’s not a bad thing, especially for his health.

We have a friend who has an autistic and bipolar child, and he’s made this shift from the bipolar being at the fore front to mostly the autism.  My own child seems to be shifting from predominantly autism and ADHD at a younger age to more of the ODD, OCD and sensory processing disorder. I don’t see as much stimming and locked into his own world anymore. I hope it stays that way, but I would like the ODD to disappear.

rmagliozzi at least we aren’t alone

I have shifts in which symptoms play a stronger role at points too.. At some weeks it’s ADHD playing a very strong impact, other times it’s anxiety, but the sensory issues are *always* prevalent so I can’t escape those.. lol

Silachan thank you for sharing that. 🙂