My son's behavior is driving me crazy....and that's okay -

Life with #Autism is full of improvisation

My son’s behavior is driving me crazy….and that’s okay

Gavin is driving Lizze and I bonkers.  While there is an element of choice involved, it’s mostly not his fault. With that said, it doesn’t lessen the level of frustration caused by these behaviors.

Everything’s Sonic this and Sonic that.  Even Dr. Patti has expressed concern over Gavin living in his Sonic the Hedgehog world again. 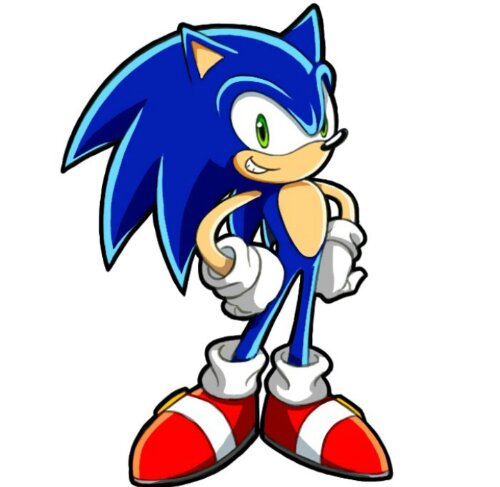 The problem with this, at least in Gavin’s case, is the fact that he already walks such a fine line between real and imaginary.

We have no problems with him taking interest in something but when that interest takes over his life in what we as his parents consider an unhealthy way, we worry and seek help and guidance.

It’s not uncommon for kids on the spectrum to become deeply fascinated with something and focus on that one thing.  If that were the case with Gavin, we wouldn’t worry.  Unfortunately, Gavin also suffers from a form of schizophrenia and much like everything else that goes on with him, it’s complicated and far from black and white.

Aside from the above mentioned concerns, it’s friggin annoying.

It’s made worse by the fact that Elliott and Emmett worship the ground Gavin walks on and so they are very influenced by him. They become interested in what he’s interested in and talk about the things he talks about.

I realize how it sounds to say that my son’s behavior is driving me crazy.  You know what though? It’s the truth. It’s my reality and if you want to judge me for that, than so be it.

I love all three of my kids and admitting that their behaviors can drive me crazy, doesn’t change that in any way shape or form.

Actually, by openly admitting these feelings, I’m not allowing them to build up over time.

Besides, I truly believe that it’s perfectly normal to be annoyed, frustrated, angry and even resentful of my kids behavior at times.  It’s what I do with those feelings that really matters.  Right?

rmagliozzi dotdash jjean3940 bridgeth1961 AMDuser be sure to check out my latest post on this subject and please share your two cents.  🙂
http://wp.me/pYQn3-4JC

My older son’s obsessions with electronics drive me crazy. If he’s not on one electronic device, he’s trying to get on the other one. We have to hide all of them when friends or other kids come to our house to play. It’s that bad.

You have the process of it to drive you crazy (incessant talking, etc), but the content is wonderfullly benign.  It’s not guns or swords or knives.  I’m wondering if anyone has any luck introducing more — academic — topics for obsession (“Hey, look at these cool presidential stamps!”, “Beethoven was a wild and crazy guy!”).   Maybe not.  🙂

dotdash you know, it’s funny that you said that because he’s actually become very focused on guns lately.  We’ll, NERF guns anyway. 🙂 While we were at the cardiologist on Friday, he informed the nurse that he wants to be a sharp shooter when he grows up. He also made it clear that he doesn’t like archery.  🙂
However, you are sooooo right a out it being benign.  We always to try and encourage the obsessions or fixations that are more positive. For example, when  he was super focused on writing, we really tried to encourage that because it was creative and constructive.

I’m so glad it’s ok, because  my nephews cough/spit tic when anxious drives me crazy and when he prays “Keep me Safe” out his bedroom window at night really loud like we are going to hurt him , that kind of makes me crazy too! But he doesn’t know that so it’s ok..

bridgeth1961 not that my opinion means much in the grand scheme of things but I feel that it’s perfectly okay to experience all kinds of feelings when raising these special kids.  We love them no matter what but we’re only human.  It’s what we donation those feelings that really matter.

everyone and their brother used to poo poo my complaints that my son Jack (now dx’d with aspergers) would get fixated.  say something like my kid is obsessed with airplanes too.  ummmm……NO, your kid is interested in airplanes.  Mine is OBSESSED.  Right now it’s parakeets.  Every single person we encounter, and I mean every parent and therapist at OT he has asked them if they’ve ever had a parakeet (of course before even saying hello).  He has then memorized the names of each parakeet and appropriately asks each person how Bert, Violet, Sammy, etc are doing.  Shame they’re all dead at this point, oh well.  My husband and I find ourselves just blurting out standard responses “what do you think”  “oh really, that’s interesting” “is that what you think”, only now he has caught on and makes us look up and make eye contact with HIM.  sheesh- at least that part is an improvement!!

jjean3940 that’s funny.  I mean it’s not but it is.  I can so totally relate.  It’s the same thing here.  I’ve learned to actually filter him out much of the time.  I know that sounds like great parenting but hey, I’m doing my best.

Well no matter there challenges Gavin is still there Big Brother and they do look up to them.

I went through the same thing with Video Games and Computer before I had to get myself grounded to earth lol.