Confessions of an #Autism Dad: Sometimes I hate being a special needs parent

Elliott won 2 awards this year, check it out

Confessions of an #Autism Dad: Sometimes I hate being a special needs parent


Sometimes I really hate being a special needs parent.  I love my kids, that’s not the problem.  The problem is some of the baggage that comes along with my kids, special needs.

Does that make any sense?

Tonight has been one of those nights where I could literally feel myself cracking and what’s left of my sanity spilling out all over the floor.

You should probably watch where you step.  😉

I’ve had to remind Gavin of this quite a few times this week alone.

It all began with good intentions but it leads to fighting and resentment.  Lizze and I simply decided to pull the plug on the whole idea.

Elliott has been lobbying for us to allow Gavin to build him something from Legos.  We’ve been standing our ground and saying no.

Apparently, at some point yesterday, Emmett built himself a ship out of Legos.  At some point today, the ship fell apart.  What happened next is unclear.

Elliott came downstairs upset because Gavin was building something for Emmett out of Legos.

However, when Gavin was questioned about this, he denied that it ever happened.  Both Elliott and Emmett strongly disagreed with Gavin’s stance and said that he was indeed building something for Emmett out of Legos.

This is where my head just wants to explode.

After denying for 25 minutes that any of this happened, which never made any sense, all of a sudden he was like, oh yeah, I did build him a ship, I forgot.

This wasn’t him crumbling under pressure or being bullied. 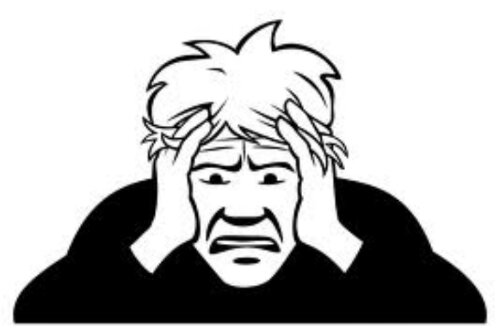 This was him basically admitting guilt but under the guise of memory loss. WTF am I supposed to do with that?

We know that he does have issues with his memory so it’s possible. However, we also know that he has a very, very long history of lying and manipulation. In fact, it’s entirely possible that Gavin was building the ship for Emmett, simply to create chaos.

That is something he’s known for doing and is very common for kids with Reactive Attachment Disorder.

The other part of this is that Gavin can be very, very convincing. It’s essentially impossible to know the difference.  Unfortunately, we have to go off of history and that indicates that we can’t trust what he’s telling us.

I friggin hate this.

I hate assuming negative but what are we supposed to do?

This is one of the things that makes me sometimes hate being a special needs parent.

Rob,
I have 2 neuro typical boys: 8, 3. Older one teases the younger all the time, specifically taking things away from him and then telling him, he is playing with those and will not return. Younger one screams, calls me or dad to help and we ask the older one to give it back and it takes a few tries. Younger too wants to use/take the things that are used by older one, even though he doesnot really need to. He plays older ones Piano, for eg. Older doesnot listen the first time and makes excuses, such as he gets every thing, I donot get any thing etc. which is not true. Older has a big bike, he still take the younger ones’s tricycle, duplo lego, clay, crayons etc. We never punish either of them for that. We intervene during screaming and after some time it starts all over again.
I find that you expect the grown up kind of maturity from Gavin. Partly you could, if he was neurotypical and not have a plethora of issue. Kids want to do things, even when they are told not to. Why getting this mad? It is all in your head. you have to look at this situation differently. I am betting, even at the 14, my older would want to play with little stuff, just to tease his bro.
I request you to not reply back, in your usual getting back manner, as who really needs to understand is you.  It doesnot affect me the way, it does you, day in and out. I am just a reader, writing about the most normal behavior of kids. And if normal kids behave this way, we definitely cannot expect from a child with so many health issues.

lostandtired
Reply to  A mom

@A mom I’m confused by the request not to reply back in my usual getting back manner.  Look, I understand where you are coming from and your comment was thoughtful and filled with respect.
The part that I feel you don’t understand is that yes, he’s developmentally delayed but there are also other mental health concerns that are much darker in nature.
None of this is his fault, however, we hold our children account lake for their actions because society will not be issuing free passes to them later in life.  I know it may not seem this way from the outside looking in, but we have cleared everything with our doctors and therapists.
Rest assured, your concerns are well received.  I appreciate your tact and discretion.
Please keep in mind that while I try very hard to convey what’s going on, there’s a huge difference between reading my words and living my life.  As a special needs parent, I have to make decisions in the moment, that are best for everyone.  It’s not always going to be popular but I share them anyway because I’m hoping to help society better understand just how difficult situations, such as this are.
Again, thank you so much for your comment, I really appreciate your  advice and concern.  🙂

It could be the autism or atomic issues having him forget or make a wrong choice bu assuming he was fixing it whennit got broken
Yes he has a diagnosis of RAD. But he also has severe issues related to his autotomic issues.
Which also take a huge toll in him
If you were not there to see what gavin did its hard to punish for it
Is there any possibility the boys are doing stuff to cause him frustration.
I see it ALL the time with my students. Whispering “scream” to a child in my class that yells a lot. Etc
Its hard to hold him accountable if your not there

Jodi p the autonomic issues have nothing to do with his memory.  Now the overall neurological regression, definitely a possibility.  Having said that, this is most likely a case of selective memory.
I agree with you though, it’s hard to hold him accountable but at the same time, we can’t let him go either.  RAD makes this infinitely more difficult.

AMDuser forestlakemommy SarahChierico that’s the problem, this could have been a misunderstanding or he could have known exactly what he was doing.  Because of the Autism, he could have been confused.  However, because of the RAD, he most likely knew what he was doing.
It’s so hard to know what’s going on with him and I hate having to assume the worst.  Unfortunately, reactive attachment disorder is not something to mess with.. 🙁

Is gavin allowed to build things for himself? if so i would find the rules unclear, is it possible for him to have a total lego ban? or is that too restrictive?
I have a love / hate relationship with lego and so we also have very strict rules about lego in our house, (1) all lego stays in the lego corner (2) if someone else has built something you do not take it apart and use the pieces, there are always thousands of other pieces, you can be creative with.
Good luck, you are doing a great job

I would think of 2 different things because building is building from fresh but repairing is fixing something that is broken. I am literal with somethings with terms like that.

Perhaps Gavin perceived it as “fixing” the ship for Emmett, and not necessarily “building” it for him? I know this would be two different things in my kids’ eyes.