My “Dear John Letter” to Windows 8

God love him but he’s gonna be the death of me ;)


Gavin’s health, both mental and physical has been going downhill for many, many years. We have seen countless doctors and specialists, in a bid to do everything humanly possible to help him.

Unfortunately, we’ve reached a point where there isn’t much more that can be done.

Right now, we are currently dealing with him being in the middle of a psychotic break.

He’s on the hardest of the hard-core anti-psychotic medications and mood stabilizers. There isn’t really anywhere left to go, as his doses are currently close to the max. 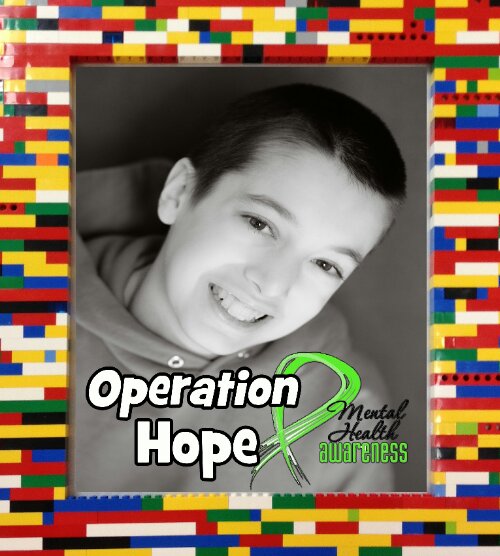 Lizze and I have talked about trying to have him admitted to the psych unit again, for the purposes of stabilization.

Truthfully, that’s not really an option because Gavin is a chronic case and not acute.

Things at home are much worse than we thought. Lizze had a conversation with Gavin this afternoon and learned some very disturbing things. It’s more heartbreaking really.

We learned that Gavin’s invisible friends Sonic, Knuckles, Tails, Amy and Jack don’t actually live with him.  Instead, he lives with them.

We also learned that he sees things in his room that we can’t.  This goes above and beyond his invisible friends.  He’s describing large computer monitors and all sorts of gadgets. Turns out he thinks his room is like some sort of command center.

His room is also inside Sonic, Knuckles and Amy’s headquarters.  Tails apparently lives behind the giant metal robot behind our house.

He’s spending more and more time with his invisible friends and less and less time engaging with real life people, like his family.

I don’t know what to do.

I really think that he needs some sort of inpatient care but because of his health problems, that’s essentially impossible.

I’m totally lost and tired, pardon the pun.  Lizze and I are heartbroken and don’t know what to do.

It seems like all we can do right now is watch him unravel and decompensate.

Monday we are going to have to get him back in to see Dr. Reynolds and discuss our options.

Our thoughts are with you, Rob.

Your family is in my thoughts and prayers 🙁

Your family is in my thoughts and prayers 🙁

Hello, I am so sorry to hear about your son, I read your blogs as often as possible. But don’t believe I’ve ever commented.. However today reading it shocked me, I know every child is different and I am continuously irritated when I hear someone say johnbob does the exact same thing! because, no…no.. they don’t…  However, when you spoke about sonic, , Knuckles, tails, and Amy…. My 14 year old son lived with them too. In fact, he thought he was gay because he liked Shadow and Sonic said anyone who likes Shadow is gay..  A year ago we started slowly losing him, months ago, he was almost gone.. You can see my facebook. I just posted a picture showing from March to now.. We were losing him physically and mentally, he was on 10 different medications. Then started to have silent seizures added to the already lost… In May he hit his breaking point, and was at a point that the doctors thought he may be “stuck in seizure mode”. After several psychotic episodes  the doctors said he was suffering from Encephalopathy, but why?? He had his lipids count checked regularly due to his medications. That was fine.. While he had to spend a week in the hospital they found that he had ammonia poisoning in his bloodstream.(even with his lipid counts being good) Caused by his bodies inability to break down proteins properly, he wasn’t digesting them. He also has bowel issues, so he wasn’t getting them out that way either. Bad enough that after 3 days of being in the hospital, he had passed 5 depakotes WHOLE, that was stuck in his bowels, he had only been there 3 days, so they weren’t just from the hospital…. The meds were just poisoning his blood.. So the medications that he was taking that worked through his liver, as well as the foods he was eating were just poisoning him slowly (years) until he finally hit the breaking point.. They took him off of 2 meds that worked through his liver and we switched his diet to low protein, and no gluten or casein (both proteins) and within a week, we were seeing a difference in him. And he was coming back! 2 months later he is still improving daily and so alert and with us. He isn’t cured from autism.. he is still every bit Autistic.. But Nicholas is back, the kid I can work with.. And I haven’t heard about anything Sonic, Shadow, Knuckles, tails or Amy has said to him in 2 months.  Another thing we found was he didn’t remember anything, buildings that were constructed down the road.. He didn’t remember them being there. Things that were made for him, didn’t remember ever being given them.. He just really, was not here..  He still doesn’t remember them.. Just yesterday we went to a new store (that he didn’t remember being there) He had a fascination with playing cards for 6 months. We went by new star wars ones in the aisle, (something we stopped at stores to check on every week for 6 months, new playing cards) And I said OMGoodness! Nicholas looK! New playing cards!! He looked at them and said “huh?, what about it?” he had no idea.. That was a 6 month routine.. unbelievable…
Anyway, I don’t know if your son may be having the same issue, I just felt the need to tell you about my son, ya just never know… We also found Nicholas has Calcifications on his basal ganglia, cause unknown at this time.. waiting for results back from the geneticists and neurlogist in August to see our next step there.. (He was afraid it may be Fahrs..) but the good news is, we thought thats what caused all these regressions, and now know it wasn’t since he is getting better.. So that we can work on too hopefully..
He takes Lactulose 3 times a day ( a must!), and stays on a low protein and no gluten or casein diet now, and he is doing great. We were also able to cut his medications in half, he only takes Abilify, intuniv, lexapro,lactulose,and quillivant now.  He doesn’t even need his sleeping med, Surquel anylonger.. (he was on 400mg.. only a half of a 5mg tab of melatonin..
You are all in my thoughts, This is honestly the scariest thing a parent can go through.. I remember nights not being able to sleep because I honestly didn’t know if I would wake up and Nicholas wouldn’t.. He was just so gone.. So” sick..”  So terrifying.. Thinking of you all.
I hope they figure out what is happening soon.
Pictures of Nicholas’s regressions and progress is below.
https://www.facebook.com/diana.fair.dickins

Emeralz Wow, that IS so enlightening!  I believe my OCD son also had trouble with solid meds, – it wasn’t until we did liquid (and have stayed on it) that he showed the most amazing improvement.   Thanks so much for sharing your journey with your son …thank God he’s doing so much better…excellent!

agenthner rmagliozzi AMDuser @Clementine Kruczynski @Debbie Wilson @Ky Harvey @Jennifer Paquette thank you all so much.  I’m so distraught over this and I feel like we’re at a dead end.  I truly appreciate all the love and support.  🙂

This is a dreadful place to be, and I don’t have any words of encouragement or advice, but know you’re in our prayers and we will continue to lift you and your family to God’s Light every day.

My goodness. I am so sorry. Gavin will be in our prayers.

That is way more then what we all probably thought of what was going on with Gavin.

So sorry….it’s never easy to watch someone you love in situations like this

I’m so very sorry. I can’t imagine being in this situation. All I can do is offer my prayers.

So sorry to hear that. I can’t believe how hard that must have been to find out about his fantasy vs reality world.