We have no kids tonight

Did you know that Lost and Tired is on Facebook?


I wanted to share what Gavin was working on today.  It’s his own little Lego kingdom and it was inspired by Elliott and I playing the old Ages of Empire’s II on our computer.

After watching for a little while, he decided that he wanted to make a Lego version and this is the result. 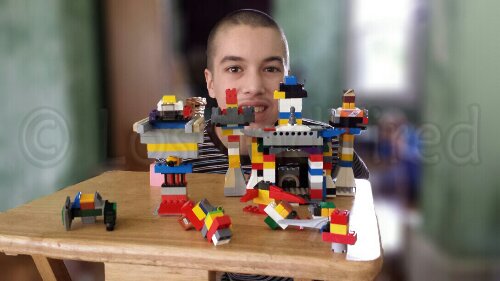 I realized today, just how low our Lego population has become.  If it were an animal, Lego’s in our house would be on the endangered species list. He used a large portion of what is left of a previously massive Lego collection.

I suppose it’s time to start replenishing the Lego population.

Anyway, he was really happy with his creation and wanted to make sure that I took a picture and shared it with all of you.  🙂

Please feel free to leave your positive feedback in the comments below.  You can choose between Livefyre, Google+ and Facebook.