We were held hostage once again by Gavin’s massive tantrum

Here’s my big victory for the week

We were held hostage once again by Gavin’s massive tantrum


Today was going relatively well.  I got a to walk this morning and reached my 10 mile goal for the week.  I even got grocery shopping done and dinner made.  Not only that, but it was a dinner that everyone ate.

Then things went down the toilet.

Gavin was straightening up the bathroom today because that’s what we do when he cloggs the toilet. 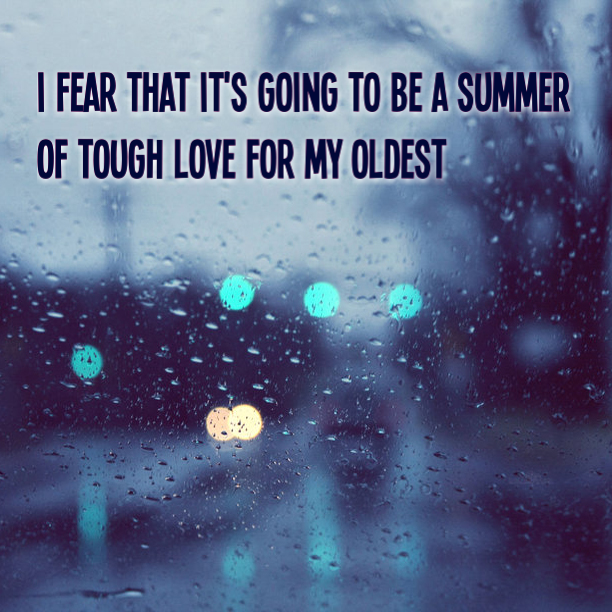 Anyway, before he picked up the bath toys and put them in this little red plastic bucket, he stuck the charger for my razor and a magazine in there first and then covered them up with toys.

When Lizze went to give Emmett a bath, Emmett dumped the bucket of toys into the bathtub full of water.  I think bucket is the wrong word to use to describe this thing.  It’s actually a plastic toolbox without a lid and it was completely filled to the top with toys. 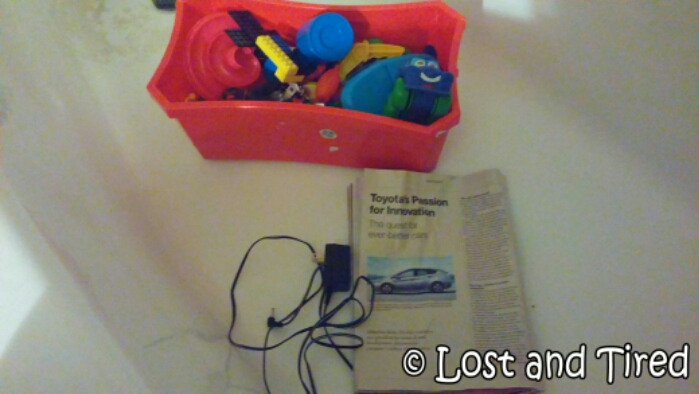 As soon as Lizze and Emmett realized there was a magazine floating in the bathtub, they removed it.  It took a minute for them to see the charger for my razor and by then, it was already destroyed.

When he was simply asked about why he put those things under the all the toys, he denied doing it.

Well, we know he’s the one that did it, all we wanted to know was why. Perhaps even apologize for destroying my only electric razor.

He wouldn’t even listen to us as we were talking to him because he wanted to get back to his tablet and we were keeping him from that. I walked into his room and simply removed his tablet, so he could focus on the conversation we were trying to have with him.

He very calmly asked me if I took his tablet. I replied, yes I did.

He exploded and went into a violet temper tantrum. He beat the shit out of himself again and then turned to the walls in his bedroom. I warned him about doing that but he continued. Every time he put his feet on my walls, I took a toy from his room. This when on until he realized that I wasn’t messing around and he simply stopped.

Unfortunately, he lost all his Lego things while he was deciding whether or not to continue testing me.

He’ll have to earn these things back.

All in all, this didn’t last too long. That being said, it sucked all the life out of me and tainted the rest of the evening.

Right now he’s acting as though nothing happened. Everyone else is tense and worked up because of his behaviors and he’s just strutting around like he’s king of the world.

He even went so far as to tell Lizze that today’s been a really exhausting day for him….

It’s comments like this and the fact that he can so completely create turmoil in the house and just shut it off, walking away as though nothing had happened, that’s really gets under my skin.

I don’t have a whole lot of hope for this coming summer. This behavioral trend isn’t going to get any better I fear.

While I’m not sure what we are gonna do, I am sure that we aren’t gonna take this kind of behavior lying down. I will not be manipulated by him and Lizze and the boys will not live in fear again.

This will very likely be a Summer of tough love. Buckle up, it’s gonna be a bumpy ride…..

I worry too! my son is about to be 3 but the meltdowns are something else and then to add to it, he has severe separation anxiety disorder. Can’t go anywhere.

Literally sounds like you need a miracle. I will be praying for you.

AliciaCross  I totally feel for you… This was very mild compared to what’s happened in the past.  He was removed from the house for the better part of a year and been admitted into the psych-unit almost a dozen times.  I’m praying that we are heading back in that direction….. If we are, I don’t know what we are gonna do……

Oh my,  I so feel your pain. I will say you are lucky he stops after loosing toys. My son doesnt and I usually have to call the police to get him to stop. The more I punish the worse he gets. I am at the point were he may have to leave this house because like you guys he is destroy the house, my emotions, my little ones are scared, and I am always on edge. The therapy is not helping at all. Good luck!!

Know the feeling here, too.

🙁 I know that feeling

AMDuser  that’s a good idea.  Thanks my friend

rjones22  trays an interesting question…  I think it’s more Attachment related because the tantrums he throws are a willful act. He can shut them off at any point.  Personally, I think that’s why he can just walk away…

Rob if the charger was not plugged in you may be able to save it, when I say maybe is because I don’t know if there is any caps on the circuit in it. Put the thing in a bag of rice for a day or so and see.

my son Jared also had a bad meltdown last night because he wanted our friends daughter to stay for a sleep over (start by one daughter) so hubby put him in his room & sat outside the door so he didn’t put anymore holes in the walls, he ended up in tears but all ended well after about an hour .its so draining this so my husband Tom puts it “Extreme parenting “