– I’M SO STRESSED OUT – No matter what I do, I’ll be letting someone down

What can happen when a child with #Autism is placed in the right educational environment? (Hint – This can)

– I’M SO STRESSED OUT – No matter what I do, I’ll be letting someone down


Life is full of surprises. Some good and others not. This is one of those surprises that isn’t good at all and is honestly a little scary.

I haven’t shared this with anyone until now because it’s sorta not really my story to tell.

That being said, this week is going to be centered around all of this stuff and it’s probably time to bring you all up to speed on just the latest thing we have to worry about.

On Tuesday, Lizze has several appointments at the Cleveland Clinic.
Some of these appointments are concerning and others not so much. 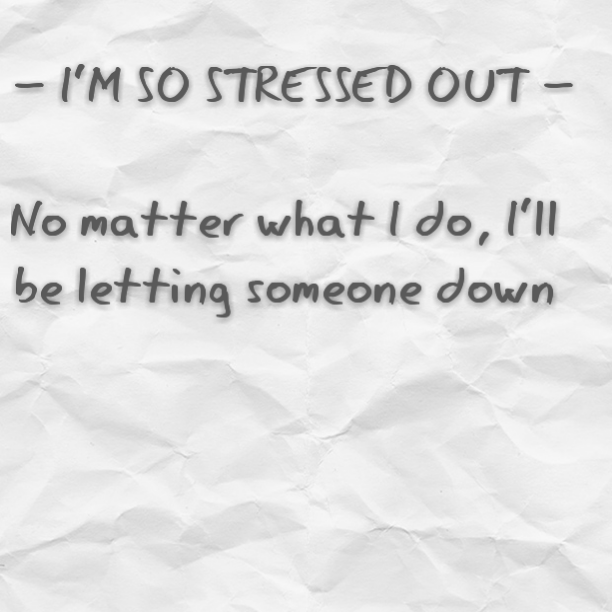 You may recall that last year it was discovered that Lizze was already well into menopause at 32 years of age.

A few years ago, Lizze had a complete hysterectomy.  It was medically necessary and there was no other possible option in order to improve her health.  Because she was so young, the doctor left her ovaries in place but removed everything else.

Her specialist at the Cleveland Clinic says that the surgery itself shouldn’t have put her into menopause. With her ovaries intact, something else was probably responsible. As it turns out, it was something called premature ovarian failure.

We had been under the impression that because most of her lady parts had been removed, she was at a reduced risk for an assortment of cancers and no longer needed a yearly.

Apparently we were wrong and I’m not sure where the communication gap occurred but her doctor called her in because she needs to be examined ASAP. That’s not to say that anything is actually wrong, but the risk is there. However, it’s a big enough deal that they got her in right away.  Kinda hard not to worry when the Cleveland Clinic gets you in so quickly.

Right before she goes in for this appointment, she’s has to have a bone scan done to establish her bone density, which is also a concern.
After these appointments are done, she will be seeing her new rheumatologist. Her previous doctor left the Cleveland Clinic and so this will be her first appointment with this doctor.

This will be an all day visit to the Clinic and it happens to fall on the same day as Elliott and Emmett’s Martial Arts promotion.

Right now it’s set up that my Mom is going to accompany Lizze to the Cleveland Clinic on Tuesday.  However, due to the sensitive nature of at least one of these appointments, Lizze would prefer me to be there.

My goal is to try and switch places with my Mom.  I’ll take Lizze and she will go to the promotion at school.

Elliott understands and wants me to take care of Mommy.  Emmett does as well but he really, really wants me at his promotion.  Lizze and I decided that if the boys are okay with both of us not being there, that I’ll take her to Cleveland. If they aren’t okay with it, I’ll stay back and go to the promotion (which we both want to be at).

No matter what I do, I feel like I’m letting someone down.

As much as I want to be there at their promotion, both Grandmas will be there watching.

We have to get Lizze back on her feet and these appointments are really important for me to be at.  There’s going to be a lot of information coming our way and we will have lots of questions.

A big question at this point is whether or not she should have her ovaries removed since she’s in menopause anyway.  It would seem that the risks associated with allowing them to remain may outweigh any benefit to leaving them in.

That’s a discussion I want to be present for.

The boys need their Mommy to get better and me going with her will help to make that happen.  There are usually a few Martial Arts promotions a year and we never miss them.

Dammit…. I hate having to make these kinds of decisions.

go with Lizzie and make the decision as soon as possible so you dont have to think about it. you will probably be worrying the whole time if you go to the boys program, trying to switch off with grandma etc.

Hopefully the urgency of the appointment is just a check up since she hasnt been seen for awhile. Personally I agree with the other people posting- go with Lizzie. Your kids will understand that it isnt always possible to be there when their Mom needs you. Make a day out of it if the Grandparents dont mind. Stop at a park, have a picnic with just the two of you. The kids will be fine .

As wonderful as it is that you want so badly to be at your boys’, unfortunately medical issues take precedence over martial arts. I say this because the boys will know how much you want to be there, and both grandmas will be there? Maybe you could ask them to videotape it and then watch it with them later and have them give you a show? Make it a special presentation and maybe you could even give them a prize or something. I don’t know, make it special! Your boys know how much you love them and your poor wife needs to get better! There are longterm goals and future at stake here 🙂

Unfortunately, my parents couldn’t be at every event that I had growing up (and believe me, I wanted them to be)…. it’s something that I had to learn to accept and I came out ok 🙂 My parents made sure I knew how much I wanted to be there, but it’s not possible, especially as your boys get older and into more activities, to be present at every single one. They’ll be ok!