Autism and the Emergancy Room

Autism and the Emergancy Room


Today has been one of the worst days in our history of bad days. Lizze and I are both  sick. Lizze is in the middle of a really bad fibro flare. Gavin is still struggling with the simplest of tasks. So the day just didn’t start out well.

Around maybe 1:30pm I was upstairs cleaning up after cutting the lawn when I heard a huge thump and Lizze screaming for me. Emmett John had fallen down the entire flight of steps. He fell forward and then end over end. He was hysterical. He had smashed his face and nose into the un-carpeted stairs over and over again on his way down.  His face is pretty banged up.

I was a medic for 10 years and I knew there was a significant mechanism of injury and I could have just dialed 911. My concern was that it would actually be much faster for me to just get him to the ER then wait for an ambulance. I know they would have never been able to immobilize him and he would have just been further traumatized by the experience. I made a judgment call. We got to the ER and got back pretty quickly. I explained about him being non-verbal and autistic. They said no problem. They debated about doing a full trauma work up but because he was acting fine and didn’t pass out or vomit they would just look him over.

Clearly, they have little to no experience with special needs kids. He was physically ok aside from his face. I tried explaining that he’s autistic and that he doesn’t like being touched by people he doesn’t know. There are sensory things as well like the bright lights and nurses sorta yelling at him to stop trying to kick the spO2 monitor off his foot.  They just seemed to react as though he was just being difficult which just made matters worse. Nothing was really done wrong but you just cannot handle autistic kids that way.

We came home and then picked up the kids from my parents.  My mom came and brought Lizze to the hospital, took Elliott Richard and then picked up Gavin from school. We came home and then had issues with Gavin. We got the kids fed and to bed and now just trying to relax. It’s actually pretty amazing that something like this hasn’t happened before. Emmett John has no fear and I’m concerned that this might not be simply him being 2 years old.

We are following up with the pediatrician in the morning…We HAVE to get modifications to the house in order to make is safer for both him and Gavin. These won’t come cheap so we are going to see if the HELP ME GROW people will help us. 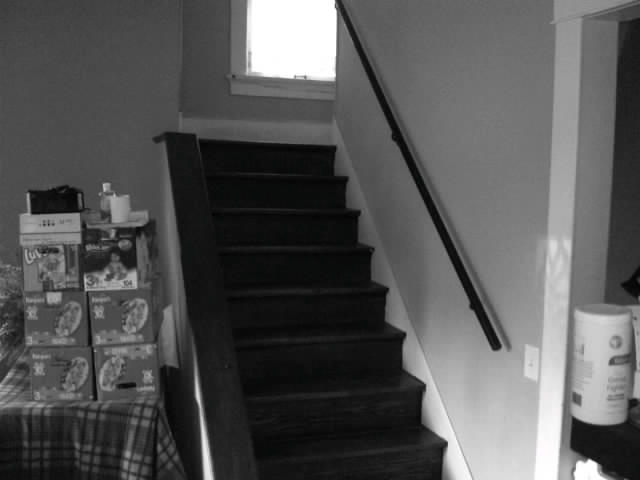