Settling in for a LONG night….. 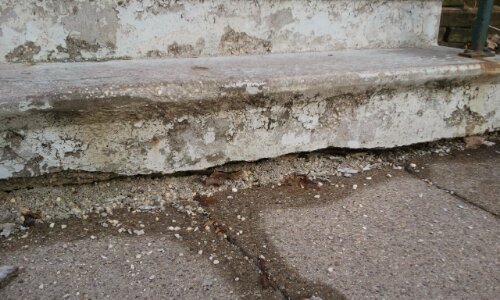 Today has been really stressful for me. I knew Gavin wasn’t  doing well but it’s another thing to hear confirmation of your fears. I really don’t know what we are supposed to be doing anymore because nothing helps. Elliott has pneumonia and so we have to stay on him to keep him resting so it doesn’t get any worse. The last thing we need is for him to be in the hospital. He had pneumonia one other time and it almost killed him. This was when he was in the NICU for a few weeks after he was born. He recovered from the bilateral pneumo’s but it was the pneumonia that really got him. Knowing he has it again is not an easy pill to swollow… I know it’s different now but if you have ever almost lost a child you know what I mean.

Anyway today has just been full of bad news… I’m walking up the front walk from another one odd Gavin’s appointments this afternoon when I realized just how bad the front steps have gotten. These are prefab concrete steps and they are crumbling. They are not to the point where they have actually pulled away from the front porch and are leaning forward. I have to figure out how we are going to replace these this spring. I still have to fix the roof and the front face of the house where the electric drop was ripped off the house along with the siding during the ice storm a few weeks ago. I think stressed out doesn’t quite say it.

I also have something I have been trying to write for a while but I think it’s a pretty delicate issues and I don’t know how to approach this. But it’s eating away at me so I need to get it out…..Hoping for easier times a head…but knowing they won’t be there.