Am I the only one that sees a problem here?


Why is it that so many people have such a hard time understanding the need for “outside the box” thinking when it comes to special needs kids. Autistic children in particular by their very nature live life “outside the box” and I don’t mean that in a bad way. So it would stand to reason that in dealing with disciple or behavioral issues you may have to think “outside the box” as well. I can’t get over all the people this week that just don’t get why we HAVE to handle Gavin’s behaviors in a certain way. Gavin is an extremely rare child with extremely rare challenges (schizoaffective disorder alone puts him at 1 in 100,000 kids) and that doesn’t factor in anything else.

I explained that Lizze and I had to divide and conqour yesterday in order to get everything done we needed to. I took care of Emmett’s needs yesterday and Lizze met with the social worker in the psych unit at Akron Children’s Hospital. This guy just could not grasp the concept of “outside the box” thinking or parenting for that matter. He did not like that fact that we hold Gavin 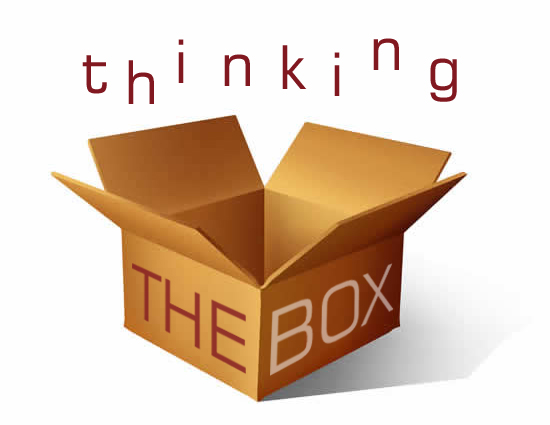 accountable when Elliott or Emmett self-injures as a result of Gavin’s self-injurious behavior. We have been trying to deter this inappropriate behavior for at least the last year or so. Since fall of last year it has gotten much worse. If you read back a few posts you will see what I’m talking about. Gavin’s brothers really look up to him. They want to be just like him and so they model his behavior both good and bad.

Gavin chooses to self-injure as a means of manipulation, maybe not ALL the time but most of the time. The worst part is he does this in front of his brothers. He has in the past, on MANY occasions, demonstrated that these are “willful” acts. This past Sunday, Gavin had a meltdown and scratched his face open and had blood dripping down his cheeks. He did this in front of Elliott (who was horrified). It happened way to fast and I couldn’t get Gavin to his room fast enough. The following day, Elliott was frustrated while getting ready for school and started scratching his face up just like Gavin did night before. At the same time he says “why am I such a stupid jerk, I should be dead”. As a parent how would you react to your 5 year old little boy doing that? That’s a learned behavior and isn’t Elliott’s natural response. This is why Gavin is held accountable along with Elliott. So long as he continues to self-injure in front of his brothers he will continue to be held accountable. As soon as he stops so does the accountability. We have TRIED anything and everything we can think of to stop this violent, manipulative behavior from Gavin but NOTHING works. Our hope is that having to eat oatmeal (in place of his next meal, which is his punishment) every time this happens will encourage Gavin to make “better” choices in the future.

You have to keep in mind that Gavin does have control over this behavior and these are willful acts. If he had no control over this then it would be a MUCH different story…still a problem..but a different story.  I spoke with Akron this morning and they said that Gavin is already trying to push buttons. They said they can see him just sitting there observing the staff. When someone tells him “no”, he waits till their gone and targets a staff member that he feels is most likely to give him what he wants. The point is that they are FINALLY seeing what we have BEEN trying to get them to understand and that is: Gavin IS NOT a typical Autistic child.

With some children, you have to be……creative. You have to think “outside the box” in your dealings with them. While it may seem unconventional to some, I assure you,  it serves a vital role in preparing our children for the future. You simply must be open minded to see that and unfortunately, many people simply aren’t, the social worker at Akron Children’s being one of them.

Those are good suggestions Julia. My son has similar problems,but he doesn't self injure, he hits others. His school gives the responsibility to him to make the good choice, so the responsibility is all his on how he behaves. They also verbally praise every good decision he makes and he now craves this. They also have recognition on Friday for all the good behavior for that week and throw a party for a student who has several weeks of good behavior. They are also recognized for other positive choices, like doing their homework every day. Hope all this helps.

The other thing we had was a chart on the wall clearly stating all the A and B choices, the kids helped make it to reinforce the concept and it was there as a constant reminder. This maybe be helpful for Gavin as a concrete visual, particularly when he’s having a rough time or going through a period of regression. (it also means ‘I forgot’ isn’t such a valid excuse!)

Hi Rob,
At one of the schools I worked at we used a program called 'The Way to A'. Basically the kids had two options when reacting to something; an 'A' choice or a 'B' choice, A choices were positive or the 'right' choice and B choices were not so good choices. The kids were taught what were A choices (taking a break, telling a teacher if someone was bothering them) and what were B choices (punching, name calling etc.) and what the consequences of these choices were. This may be a proactive way to make Gavin accountable for his bad behaviour while also using positive behaviour support when he makes good choices. Using the specific labels of A and B choices seemed to help the kids once the behaviours had been categorised. You might have tried something like this already, just thought I'd let you know about it 🙂

I don't know that we ever labeled them….at least like that. What we typically do is let him know that by choosing to make the not so good choice he is also choosing to accept xxxxxxx (insert consequence here). That way there is NO question what will happen if he makes the not so good choice. I do like your suggestion though. It may help him to identify the better of the 2 choices. Thanks