Elliott and the ducks

The other day I wrote about Elliott getting hurt twice due to Gavin’s choices. This was the first time Elliott was hurt. The story wasn’t very clear other then Gavin freaking out and Elliott calmly telling us what happened from his perspective. We got nothing from Gavin accept him confirming how Elliott got hurt. He never folds us why this happened.

Apparently they we all goofing around upstairs. Gavin told Elliott to sit on his back, so Elliott did just that. Then for some reason Gavin flung him off and Elliott hit his face on something. That really all we know. Based on Gavin’s reaction to being questioned it appears as though he was in the wrong.

We told them to be more careful and had Gavin take a break. He didn’t actually get in trouble until the second time he hurt Elliott. That’s when the giant meltdown arrived once again… 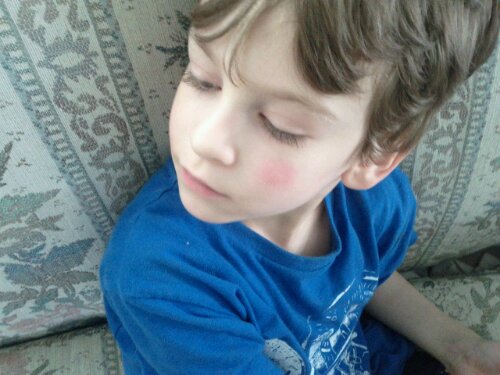