Houston, we have a major victory -

Preparing for the week ahead

Houston, we have a major victory

As the title states, every once in a while you have a major victory. Today was one such day. It started out pretty rough and continued that way until right about bedtime. I was playing with Emmett and all of a sudden he walked over to the trampoline.

Now normally, the trampoline would be on the floor but today we had be working on some OT exercises, so it was leaned up against the chair.  Emmett walked over to 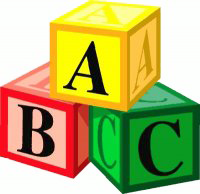 the trampoline and started spelling the words he saw written on it. This isn’t exactly breaking news because he has read off a few letters before. However, this time was a first because he got them all correct, including the lower case letters. I didn’t even know that he knew those yet.

The only thing that I can think of is that he is just absorbing everything around him. He just turned 3 so I think this is pretty darn amazing, especially for a child that until recently was only pre-verbal and couldn’t speak. Emmett has been using his little Android4Autism device for about 6 months or so. He has learned his letters from the puzzle and alphabet games. I can’t tell you how excited I am to hear this come out of his mouth. I’m not sure that he is recognizing words yet but I think he’s starting to. He will point to things that he wants but can not say the name of and sometimes he does so by pointing at a word. Either way, I am so, so proud of you Emmett. You just made Daddy’s week 🙂

I don’t often have really cool news like this so I wanted to be sure to share it right away. Hopefully, this will set the tone for the week ahead.

As the Yoof in my neck of the woods say when something is great: MINT!

WOW how fantastic! I am so happy for your family 🙂