I’m pretty down to earth and my expectations are more…realistic.With that said,  I managed to pull something off today that I have been struggling with for several months.

What’s that you might ask?  Well let me tell you.

I have been playing Angry Birds Rio since its release earlier this year.  I have this thing with Angry Birds that I need to get 3 stars on every level before I can move on to the next. Well,  I have been stuck on level 5-11 of Beach Volleyball for about 3 months now.

I managed to get 2 stars a few weeks ago but have been stuck ever since.  I played every day but got now where.

That was, until last night.  I was playing a quick round while the boys were hanging with Dr.  Pattie.  The first dozen tries were met with the usual failure.  However,  I found the strength to fling those Angry Birds one more time.

Gavin must have sensed something truly amazing was about to take place.  He was standing behind me as the results came in.  One star….Two stars….Three stars…  Gavin and I were both elated at this momentous victory.  We both forgot our inside voices for a brief moment as we celebrated with a few heck yeah’s,  soon followed by some fist pumping and some more screaming.

Man,  this was a great evening. Now on to the next level 😀 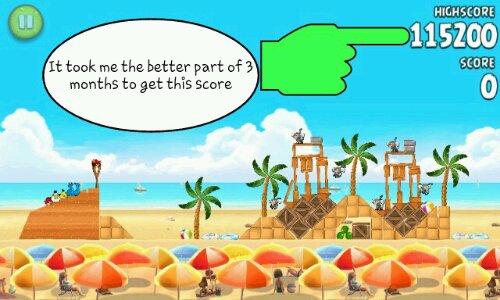 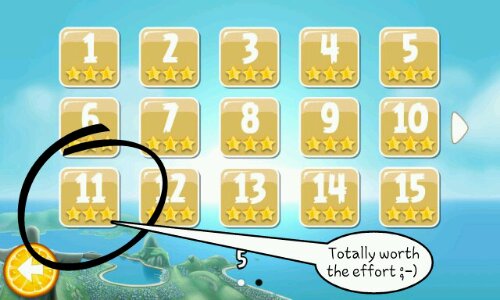