Stealing from a special needs family

Our van was just stolen

Stealing from a special needs family


This morning,  while I was walking out to our van,  two people jumped in and stole it.  I was about 15 feet away when it happened. The boys were watching out the window as it happened

When I went into the house to call the police, the boys were hysterical and sobbing.  They were scared and don’t understand why someone would do this to us.  We couldn’t even get the boys to school because the car seats were in the van when they stole it.

How do you explain to an Autistic child what just happened.

I know that these idiots likely didn’t target my family because we are a special needs family but I think the punishment should be proportional to the impact their actions have had on my 3 Autistic children and my family as a whole.

I’m so tired right now and I’m so angry.  I was close enough to the van to grab the guy that jumped into the passenger seat but I was afraid of getting shot or stabbed as we have already been involved in a drive by shooting and a stabbing in recent months.

I know, not trying to stop them was the right thing to do but I would have liked to dragged that guy out of the car….

The boys are a mess.  Lizze is not doing well and I’m feeling really helpless at this point. I can only take so much and I think I’ve been pushed to the edge.

Now are house keys and alarm bypass are in the hands of the a$$holes that stole our van. This was possibly a gang initiation and knowing they have keys to our home doesn’t feel good.

No one wants to be here and I can’t blame them.

I hate this house and I hate where we live.
I love some of my neighbors but we just can’t take anymore.  I’m so thankful that it happened to me and not Lizze.  I’m extremely thankful that the boys weren’t in the van at the time.

That would be the silver lining,  no one was hurt.

The police called to say that they found our van.  It had been ditched a few miles away.

We don’t know about damage yet but they did keep the keys (our only set of keys).  They have our house key and alarm bypass for the house alarm.

Police said that they may intend to try and use them to get into our home and we should be prepared.

Now I have to replace the locks on the house and get the freaking van re-keyed. I think insurance will cover everything over $250 for the van but nothing for the house.

Not sure what the total bill is or if there is other damage to the van.

They’ll never catch these guys and I didn’t see their faces,  so I wouldn’t recognize them if they came around again.

Trying to get the boys lunch and keep them as detached as possible. We have already had several meltdowns and they are completely overstimulated.

I writing this from my phone,  and trying to get myself centered,  so I can be there for everyone else without falling apart.. 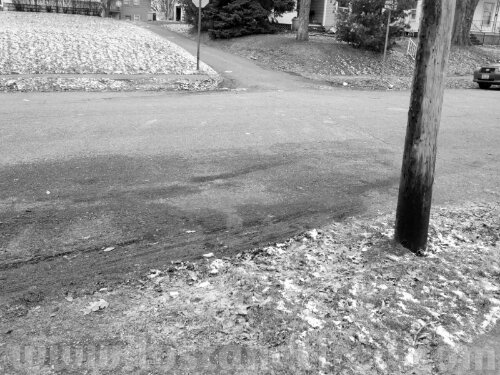 Maggie has been freaking out since this morning.  She keeps growling out the window and has had her fur up on end all day.

Good thing is that anyone trying to get into our house will have to get through her. 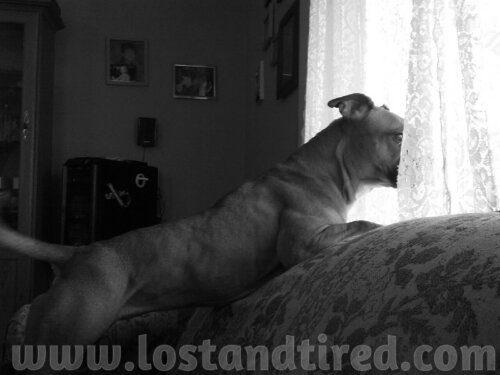 It’s hard to believe that this could happen…the thoughts and prayer of everyone out here in cyberspace are with you.  Sounds like you handled the situation just right.  Stay strong..

Those men deserve to die for stealing your van and hurting your family.

Rob, I don't know you and you don't know me. I happened to come across your blog while doing some online research for a friend whose son may be on the spectrum. Anyway, for what it is worth, just wanted to tell you that somewhere out in cyberspace there is someone who is thinking of your family and sending support and strong wishes into the night for an easier, safer path for all of you. Your strength, wisdom and love for your family is so evident in your posts, you all deserve an easier ride and I hope it will come your way soon.

This just broke my heart reading this-I'm so sorry this happened to you and your family.

Ugh, this really sucks. Praying for you guys.

Thanks everyone. I appreciate the support 🙂

You did the right thing to not interfere. That one decision could be the reason that you're still here for your family. Please be careful and very alert until you can get those locks changed and the alarm bypass changed. Hang in there!

That is just Horrible! I'm so sorry that there are such awful people out there! I'm behind you in spirit and wish i could do more then that!

Get em Maggie. Im so sorry. What a horrible thing to have to deal with. So glad that everyone is ok. I really hope that the boys can settle down. That must have been so scary!!