The time has arrived for the infusion to begin.  Basically,  they will start an IV and draw some blood for a CBC.  They do this so that Gavin doesn’t need a separate blood draw in order to get his Clozapine prescription filled.

The infusion will last a few hours and they will frequently take his vitals to ensure his body isn’t having a reaction.

He will continue to pass the time along games.  However,  I have had to ask him to stop playing when the nurses or doctor comes in because he completely ignores them.  He’s so lost in his game that he doesn’t respond to them when they are talking to him.

So the games get paused until they leave to he can focus on the conversation. 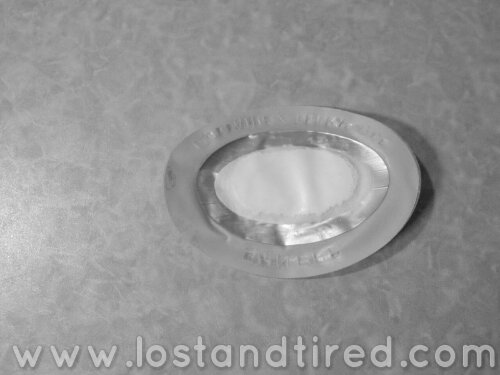 This is one of the patches that delivers the numbing medications to his arm.  These are done as a means of limiting the pain Gavin experiences at the beginning of the process.  I love these things. 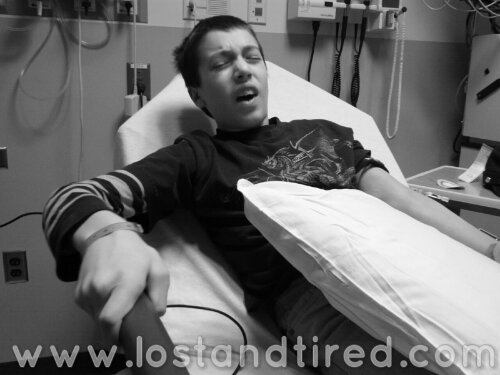 Gavin has his IV placed at this point and they are getting ready to draw his blood.  This is an awesome picture because this is the very first time he has had this procedure where he didn’t have to squeeze my hand.  I’m so proud of him. 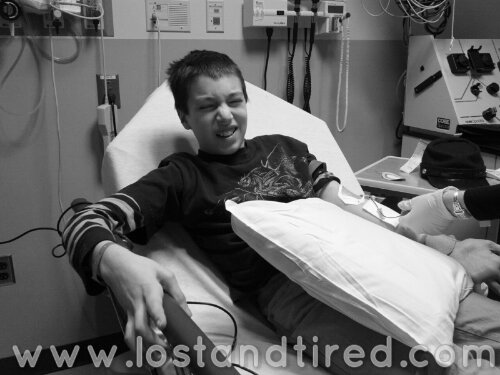 At this point they have finished and are flushing the tubing before hooking up the IVIG.  He still didn’t need to hold my hand.  Completely and totally awesome job Gavin. 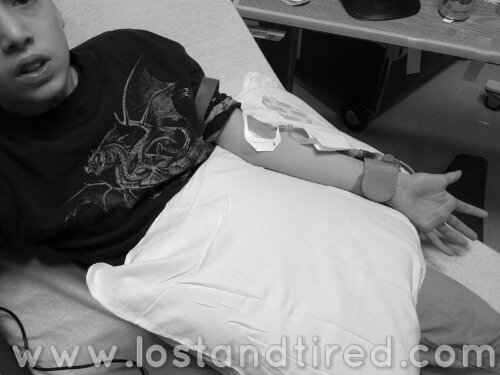 This is just a closer view of what they are doing. 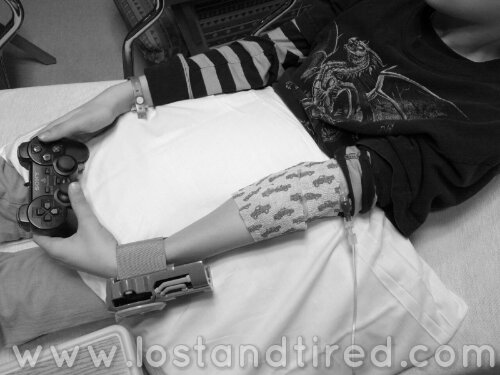 This is what it looks like after the package him all up.  He gets a cool wrap to go around it and quickly gets back to his games. 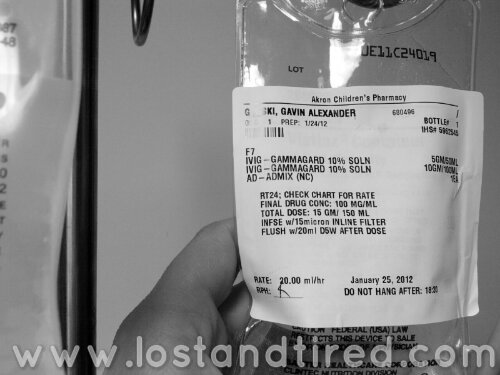 This bag contains the IVIG.  This is comprised of many,  many donor antibodies collected from many different people.  This only contains about 150cc of solution but it takes several hours to infuse. 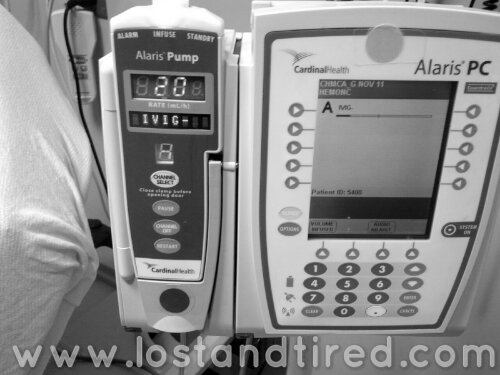 This is the IV pump that controls the rate of infusion.  Periodically,  they will come in and increase the rate of the infusion.  The process in general is quite slow.  It takes a great deal out of Gavin to have this done and he will typically miss the following day of school while he recovers.

Great job Gavin! Very proud of you! You are so brave!

1) Good job, Gavin!!
2) It took me about 15 minutes before I could type. This triggered a lot of memories. Ash needed 3 blood transfusions by the time he was 2 months old. So different, and yet….too similar.
3) Ash really wants Gavin's dragon shirt.
My recent post Who are you, and what have you done with my child?