Feeling guilty because I'm frustrated with my Special Needs son -

Being a Special Needs parent has been so heartbreaking recently

I desperately need a nap

Feeling guilty because I’m frustrated with my Special Needs son


Today was full of ups and downs. If you know anything about being a special needs parent, you’re likely aware that it’s often a roller-coaster of emotions. Frankly, this is one of the reasons life is so hard because the ride never stops.

When it comes to Gavin, that’s a different story. He’s really struggling and it’s painfully apparent that life is not cutting him any slack.

I’m going to be straight with you guys because the only way I can help is to be honest and transparent. With that being said, Gavin’s driving me crazy. He’s requiring more and more effort as time goes on. I know that sounds bad but let me explain.

As Gavin continues to cognitively decline, he’s needing more and more guidance in every day things. 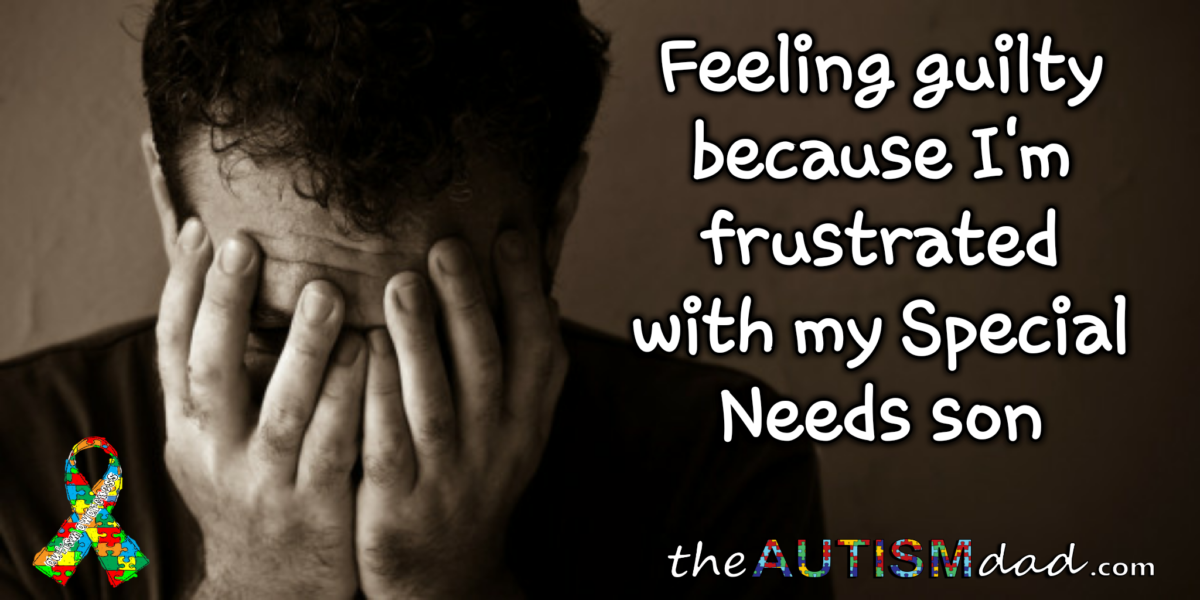 He doesn’t remember things and it seems like he’s constantly asking questions that he should know the answers to already. It’s exhausting having to stay ten steps a head of him. It’s overwhelming to know that things aren’t going to get better, they’re likely to only get worse or more difficult.

The hard part for me is that Gavin isn’t doing anything wrong and I feel guilty for getting frustrated. In fact, he tries harder than anyone I’ve ever met. It’s not his fault that he can’t remember or that he’s struggling as much as he is, but that doesn’t lessen the impact it has on me. Knowing it’s not his fault makes the guilt on my end so much worse.

I’ve preached for years about how it’s okay to feel what we feel because we’re human. I know that I’m more frustrated with the situation, then I am with Gavin himself but that doesn’t make me feel any less guilt.

I feel like I’m having to think for him more and more because he’s lost so much of what he’s learned over the years. It’s exhausting, heartbreaking, frustrating and overwhelming, all at the same time.

It’s especially hard as we hope for our children to have a good life. The disability changes those hopes, as we aren’t sure what is going to happen. (That’s true anyway but perhaps it hits us sooner.) Much harder to have to see one’s child will declining right before our eyes.

That was well put Becky.

It’s especially hard as we hope for our children to have a good life. The disability changes those hopes, as we aren’t sure what is going to happen. (That’s true anyway but perhaps it hits us sooner.) Much harder to have to see one’s child will declining right before our eyes.