#Autism, Communication and Not Feeling Well 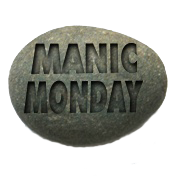 Once again Monday has arrived. Not only has it arrived, but it came baring gifts. The Lost and Tired family doesn’t usually enjoy Mondays and for good reason, they almost always suck. Manic Monday is really the best way to describe the way things go for us.

Last night, Emmett started with the pretty nasty cough. He climbed into bed with us and I ended up moving to his bed because there wasn’t enough room. Needless to say that no one slept well last night. When he woke up this morning, his cough was worse and he was running a fever. The problem with Emmett is that he can’t vocalize that he’s not feeling very well and so we have to try and make judgement calls as to what’s going on. The other problem or rather complication is that Emmett has Periodic fever, aphthous stomatitis, pharyngitis and adenitis or PFAPA for short. We’ve also seen it referred to as Marshal’s Syndrome but I don’t think that accurate. PFAPA is the most common term for this rather uncommon disorder. The reason this is a problem is for many reasons actually. However, for this post the it’s the fact that he runs fevers all the time. These fevers have no apparent cause and so it’s really difficult to tell whether he’s sick or sick.

Does that make any sense?

We decided to make an appointment with his pediatrician to make sure there wasn’t anything else going on. As it turns out, there is. He has croup or whatever they call it for older kids. It’s the same thing. That explains the fever and the cough. So the next few days are going to be fun, and by fun I mean not fun.

It rained last night and Lizze is in pretty rough shape. She also pinched a nerve in her neck and so she’s seen better days.

Before school this morning, Gavin announces that a few days ago, while at his grandparents house, he was walking down the steps and got so dizzy that he fell over and couldn’t get back up. He didn’t fall down the steps because he fell over on the landing. In true Manic Monday fashion, he waited several days before telling us about it. The way his mind works is a mystery to me and I don’t understand how something like this could be forgotten about. I mean, I guess I do, because it’s Gavin we’re talking about. But really, three days? Thankfully, we will be at the neurologist in the morning and we will bring it up then.

Speaking of neurologist, we will finally get the results of Elliott and Gavin’s EEG’s in the morning. We have to be at Akron Children’s Hospital in the morning to meet with the neurologist and discuss the possible seizure activity occurring in Elliott and Gavin. We will literally walk out of the neurologist’s office and run to the other side of the hospital to Oncology so Gavin can undergo his 9th antibody infusion.

However, in light of Lizze current condition and Emmett being sick, I have no idea how we are going to work this out. My Mom was going to watch Emmett for us, but if he’s sick and if Lizze is in too much pain to go anyway, I don’t know what we are going to do……..

In total, we have at least 15 appointments this week alone. It began today with Emmett and the pediatrician and will end on Friday with an appointment at Case Western for Emmett as well. Oh and I almost forgot…. It appears that Gavin may have entered a manic phase. He’s talking nonstop, regardless of whether we are listening or not. That’s usually a tell tail sign for him that things are going down hill.

Manic Monday, I loathe you so……