Coping with the stress of special needs parenting

Coping with the loss of Wubby


Gavin had a major meltdown this morning. We knew it was just a matter of time before it happened. He had already come close about 3 times before the meltdown finally occurred.

The meltdown finally happened after Gavin was caught telling his brothers to keep something a secret from Lizze and I.

Upon questioning Gavin,  he flipped out.

The self-injury began shortly after that. There was no question as to what Gavin had done because Lizze and I both witnessed it first hand.  We simply gave Gavin a chance to explain himself.

What Gavin wanted the boys to hide from us was not even a big deal.  However,  we can’t allow Gavin to persuade his brothers to keep secrets.

Apparently,  a few years ago,  Gavin tried to clean his windows with his own spit. Why he just now became concerned with this is a mystery,  yet to be revealed. Anyway,  he came downstairs and asked for baby bleach wipe and became very secretive about it when asked.

Emmett said something about spit and then Gavin hushed him and led him away,  telling him not to tell us about it.

That’s what got Gavin in trouble,  not that fact that he spit in his windows a few years ago. I have no idea why he was so upset by this,  especially now.  My guess is the memory just popped into his head and he was either embarrassed or affraid of getting in trouble.

Gavin is a mystery,  wrapped in an enigma and covered in secret sauce. 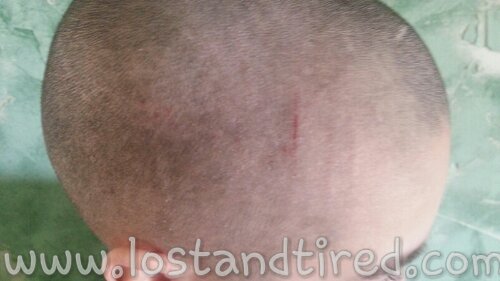 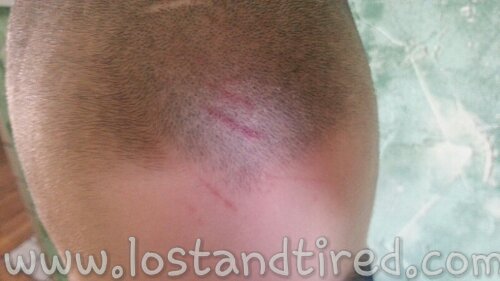 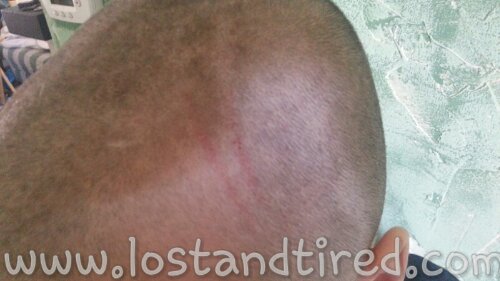 @whiterose My heart goes out to you and your family. I know how difficult it can be when the answers are elusive ;-(

I have a family member that has autism, and i'm searching for websites that can help up and give us a little bit more info about it… this is a great website! thanks and keep up the good work 🙂

Is that Gavin's head?

@Chloe123 Yeah, that's Gavin's head. It's not as bad as it has been in the past. Nonetheless, we don't like seeing him hurt himself. I don't know what to think anymore…. ;-(

@lostandtired  HUGS to all! Can you get a helmet covered by insurance or something? Or would a bike helmet work for now, just til you can get him a therapy safety helmet? I will try and think some more on this and email you if I think of anything. Can Gavin at all tell you why he does this? Does the input fee good? (it could give him propicepption input, thus calming his nervous system.). etc.

Bless his heart! My daughter has meltdowns like that too wherein she starts banging her head on the first thing she can find.

@whiterose Thank you. Have you found anything that helps your daughter?

@lostandtired We normally put our hand in front of her and try to get her to look at us eye to eye to get her to stop. The school has folded up a towel that they keep handed for when she hits her head on the table or walls. There is no easy answer for this predicament when it comes to my daughter.