Autonomic Crisis: What we have learned -

And the meltdowns begin

Autonomic Crisis: What we have learned

When Gavin goes through things like he did this past weekend,  majority of the time there is nothing learned.  Instead of finding clues as to why these things are happening,  we end up with more questions.

This holds true for this most recent autonomic crisis.

While we were left with many questions,  we did learn a few things. For starters,  the hospital was able to confirm that Gavin was not actually sick.  This means that everything he experienced was part of the autonomic crisis.

This is actually a big find. 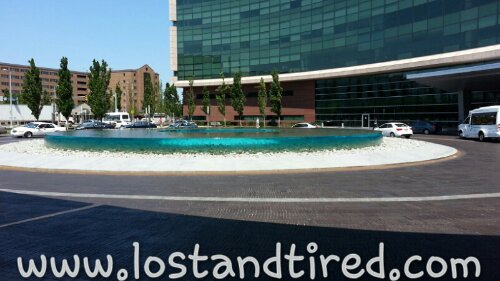 We learned that his MRI was clean,  which is good but still leaves a great many questions unanswered.

Everyone involved at this point believes that whatever is behind this,  is at the mitochondrial level. Because of that,  Gavin has been taken off of depakote,  as it doesn’t play well with mitochondrial disorder.

In the coming weeks,  Gavin will be on a new medication for epilepsy but for right now,  they want to purge his system of the depakote before adding another medication to the mix.

At this point,  all of Gavin’s autonomic care will be provided by the Cleveland Clinic. We need to make another appointment this week so that Gavin can have a skin biopsy.  They want skin samples from various places and will study examine them for specific fibrous neuropathies. I think that’s what they called it. This will hopefully provide information that can aide in creating a highly tailored genetic test.

Something else of interest is the fact that Gavin is not wetting the bed as a result of seizures. Gavin is simply allowing his bladder to fill beyond capacity and so he’s leaking. Apparently,  leaking because of this and accidents are two very different animals.

As a result,  we have to set up a schedule for him to take potty breaks. Honestly,  and at the risk of coming across wrong,  it’s very much like training a puppy.  You have constantly take them to the bathroom until they can do it for themselves.

This is likely a power and control issue or it’s a further complication of Gavin’s autonomic problems. Again,  no one knows.

We also learned that if we can’t figure out what is happening and address it,  Gavin’s chances of returning to school are slim to none and slim has already gone home.

So while we did learn some new information, it was nothing of much benefit,  at least as far as a diagnosis or treatment is concerned.