It’s getting harder to cope

Does your child with #Autism wander?

Spring has officially arrived at the Canton Garden Center

It’s getting harder to cope


I’m having a harder time coping with Gavin lately. God forgive me but he’s driving me fucking crazy and I simply don’t have the patience he deserves to receive from me. 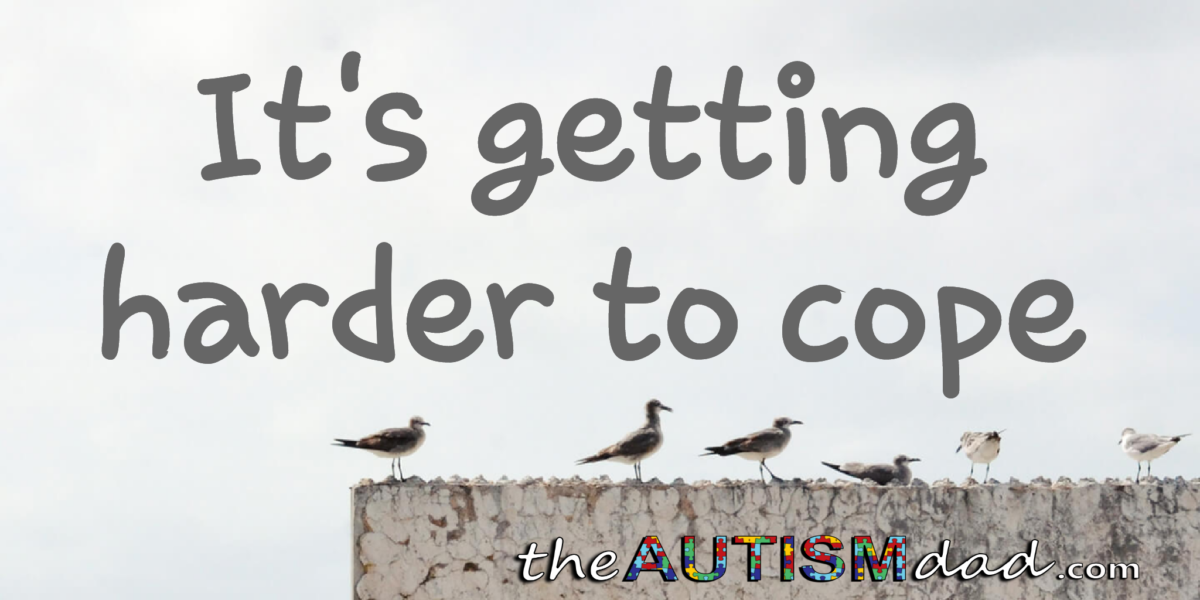 The frustration and heartache are very real. They are very, very impactful emotions, that are at odds with each other.

I find myself frustrated by his behaviors and exhausted by how difficult it is to stay ten steps ahead of him. I don’t enjoy having to micromanage his every move but it’s becoming more and more necessary to do so, in order to keep him from inadvertently hurting himself or someone else.

The very nature of Childhood Disintegrative Disorder is steady decline.

I’ve been struggling with my own demons, so to speak, in regards to my issues with Paxil withdrawal symptoms. My ability to be patient is somewhat limited to start with at the moment and because Gavin is requiring more, I’m running into a deficit.

The guilt I feel for my shortcomings right now, only make this worse.

The reality is that Gavin is a very challenging person and is only becoming more challenging as time goes on. As much as I’d like to have an infinite amount of patience, I don’t. As much as I want to give all that I have to Gavin, I can’t. There are two other kids that are equally challenging in their own right and I need to have patience to spend on them as well.