A nap did the trick

We got some good news today from the immunologist in regards to Emmett.  You may remember that he recently had a follow up appointment and there was concern that Emmett may have herpes and something called Natural Killer Cells.

The doctor was concerned that Emmett may have somehow contracted Herpes and that these cycles were more like outbreaks and the sores in his mouth were actually brought on by the Herpes simplex virus. 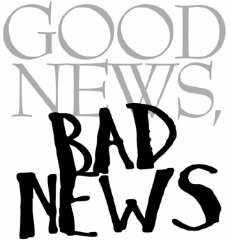 In a rare,  positive twist of fate, it turns that we know for sure that Emmett doesn’t have Herpes.  That’s awesome..  We had no idea where that would have come anyways.

He also doesn’t have whatever the heck that Natural Killer Cells thing either.

I’m thrilled to get this news,  I really am.  However,  much like a backhanded compliment this also comes with bad news as well.

While we have ruled out our 4 year old having Herpes and another immune issue, that fact remains that we still don’t know what is causing these mouth sores.

I suppose we’re at least narrowing things down by eliminating possibilities but still…..

Has anyone (doctor-wise) thought to put him of Folic Acid?  That is what is normally prescribed for mouth sores in my girls.  It may be a weakened immune system which is causing the sores.

Still just throwing this out there, but might the sores be brought on my the use of Advil, or motrin products?  I say this because whenever I would get a fever, an ache, or for my chronic back pain…whatnot, I'd take ibruprofen, and never made the connection that my mouth sores (anywhere from 3 to 10 of them at a time..ugh)….were a side effect or allergic response to the ibruprofen.  It took my allergist to finally figure it out, and once I quit ibruprofen products completely ….(it took a while for it to be rid of in my system), I never got the mouth sores again.  Just a thought…I then used Aleve (Naproxen), and plain old Tylenol.  I do hope you can discover the culprit, and I'm more prone to thinking it isn't him.or his immune system ..but rather something he takes or ingests.  I hope it's that's simple and it can be eliminated!

@DLaubacher Allergic reaction is sure a possibility. My tong reacts to citruses.

I'm glad for the really good news and sorry for the bad.