I broke my son's heart today -

Delivering bad news to your child with #Autism

I broke my son’s heart today

Lizze and I spoke to Elliott and Emmett this afternoon about Gavin moving to residential treatment at some point soon. We decided that we had to tell them before Gavin told them some bastardized version of the truth and tried to turn them against us.

We knew this would be very difficult for Elliott and we wanted to make sure that he heard the truth and that he heard it from us.

As I suspected, this didn’t go very well.

Emmett was largely unaffected because he didn’t understand and wasn’t really paying attention. 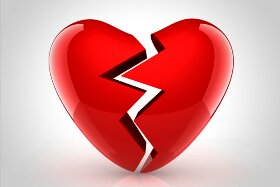 Elliott on the other hand, is another story completely. No sooner did the words cross my lips, the he broke down. He sobbed and sobbed to the point that he was hyperventilating and we almost had to give him his emergency inhaler.

We explained that we are still a family but that Gavin needs help that no matter how much we love him, we can’t help him with.

I told Elliott that when he is sick, we take him to the pediatrician.  When his tooth broke, we took hin to the dentist.

Gavin has problems with his brain that cause him to make bad choices and do not so nice things.  This doesn’t make Gavin bad, it just means that he needs extra special help from extra special doctors.  Because we love him so much, we want him to get the help that he needs so that he can make better choices and stop hurting people.

I explained that at some point we could visit and he would likely come home to visit as well.
I don’t think that made any difference to Elliott because my words had already broken his little heart.

Lizze and I finally got hin distracted by grabbing his favorite pizza for dinner and so far so good. I’d be lying to you if I said I wasn’t worried about Elliott’s though. He is so full of anxiety and love for Gavin that I’m not sure how he’s going to cope with this, at least in the short term.

I’m angry because we had no choice but to address this now because there was absolutely no way that we could trust Gavin to keep this to himself.

In fact, when Gavin found out that we had told Elliott before he could, he was visibly annoyed.

We had wanted to finalize everything before we spoke with Elliott so there wouldn’t be time for Elliott to commiserate over this.  I wanted to make sure that we had supports in place to help him with this.  It would have also been nice to have his anxiety under control as much as possible as well.

Now we are going to have to play damage control instead.

Please keep Elliott in your thoughts and prayers because this is not going to be easy for him to deal with. Thankfully, Emmett is younger and hopefully won’t experience the same level of distress.

I don’t have the words to express what I’m feeling right now.

Thank you for sharing this story. I… it's difficult to respond to. I'm the single dad of a 7-year old girl and a 12 year old boy with autism who, almost a year ago, went residential for aggression. It has not been easy.

My daughter misses her older brother but understands that he is getting what he needs. I continually remind her that he is still a central part of our little family. We visit him twice a week and his mother visits another two times, so our visitation is almost constant. But I can't do ANYTHING without thinking of him, knowing that he'd be more comfortable, secure, and understood at home, with his family. If I smile and have a good time doing something I couldn't do in his company, I'm flooded with guilt.

It's a tough road, and I constantly challenge the care team to make sure that the high price he is paying is getting him the results he desperately needs – positive, constructive coping mechanisms for anxiety, frustration, pain and anger.

I think you handled the conversation well (from my point of view, anyway) but want to add something in addition to that validation: most of children's choices are made for them, and the older they get, the less they like it. Big choices can be devastating, even if the result is a net-positive for the child. Even if the child would have made the same choice.  The feeling is "powerlessness". Whatever you feel you can do to empower your children in these times may be really positive. Perhaps "This is what we are going to do, and why. I need you to help me decide how."

I hope you find comfort during this time of transition and that Gavin gets what he needs quickly and successfully, for good.

@reality_autism – Maybe if Elliott sees reassuring signs that Gavin is still part of the Family and his " Place " is waiting for his return, ie. Gavin's Bed/Room, Chair at the Dinner Table, etc. , Elliott will be able to handle it all better. Maybe even have Elliott Help get things ready for Gavin to go get well, write letters, draw some pictures, etc. Make a point to set aside Gavin Time ( after Gavin leaves ) , to write , draw, stuff to send/give to Gavin , and talk about updates how Gavin is doing. Just a thought. Thanks & God Bless you all. Dave ( @bolg5 )

@reality_autism It's heartbreaking to hear about the choices you have to face. Stay strong!

@Batty @ChrisCrane @DLaubacher @KarimanElgoharyShama @MaryAnn47 @MeaghanGood @OnyxPanthyr fibromamaby3  I want to thank everyone for their love and support. As for Gavin finding out, I think it was for the best. Was I prepared for him to know? No I wasn't. However, Dr. Patti seized the opportunity because of the way the conversation was going.

Gavin needed to be "put in his place" and this was part of that process. Personally, I'm glad it went down the way it did. Dr. Patti was handling it in a way that made "her" the bad guy and not us.

She was giving her opinion of what needs to happen and made sure he knew how lucky he was to have parents that loved him as much as we do.

So far, he hasn't shown any anger towards us for this. In fact, he's completely unaffected by this. Again, he simply doesn't care.

Thank you again. Your support is very precious to us and we are so grateful for each and every one of you. 🙂

I think eventually Elliott will come to an understanding about it. Kids are resilient too, so he will bounce back from this difficult part of life. My continued prayers for Gavin and hopes for his recovery in residential. You two are wonderful parents doing all you can. hugs.

I think you and Lizze,are doing the best you can, I hate to say this but what was the Doctor thinking ,telling Gavin ,an Rad kid none the less ,that he was going into residential treatment ,(who really knows when)and then sending him into a home ,with two autistic boys ,one struggling with anxiety , and with the idea You can't tell your brothers, ARE YOU KIDDING ME,to give Gavin that much info to manipulate with ,and when is placement happening ?!  I am so sorry ,the stupidity of others, Prayers and thoughts go with ,but from now on no one ,would tell Gavin  ANYTHING ,before it happens. You and your family reap the results of what and when things are dealt with ,Doctors and well meaning stranger DON'T ALWAYS KNOW BEST, you know best, you love them,you know them ,you live with them, you and Lizze decide ,no one else ,    thoughts and prayers , Gloria

I loved your explanation and I think Elliott will be ok.  He has a pair of great parents looking after him.  I hope you all have a peaceful night.

Elliott – It's going to be ok.  When someone you love needs help, you do your best to help them so they can get better.

Rob, you couldn't have done it better and you did it wonderfully.  It doesn't make it less heartbreaking nor less difficult, but I hope you and Lizze take comfort in the fact that you're ensuring security and safety for the family and that Gavin will be on his way to receiving the help he needs.

To Elliot:  hang in there, I know you hurt.  Your brother needs more help that only trained and special professionals can give him but he will always be your brother.  You have many, many friends who care and will help get you through this.

Once again,so very sorry you're going through this, Rob and family.

@MaryAnn47 I agree with MayAnn47, I think you did a great job explaining it. Elliot was going to be upset no matter how you said it, but you did the best you could with a very bad situation.

Sometimes parents don't do a good job of explaining things. I remember when my brother died; I was just two at the time. My father explained to me what happened and he doesn't really know how to talk to children; he just went on in a very clinical description of brain death. Brain death is hard enough for adults to understand, never mind a baby. I was just extremely confused and didn't really get that Brian was dead and never coming back. I thought he would come back to life if they just put him on the breathing machine again.

The truth is hard but best…stay strong, you're moving in the right direction for all involved.

Oh, Rob, my heart breaks for all of you!  I know the exact pain.  My youngest was angry at me for a good while, but he has come to see that the good of what I did.  I will pray for Elliot's heart to be opened as well.  Bless you all.
Karen