Gavin is leaving for the night

While Lizze, myself and Emmett were at the grocery store this morning, she received a phone call from her neurologist that she hadn’t expected and wasn’t prepared for.

Lizze has been having newer symptoms over the past few months.  She smells cigar smoke along with her migraine. 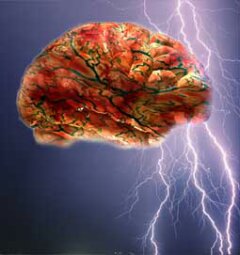 This some type of phenomenon and not something that anyone else can smell.  She is also going through periods where her to guess goes numb.

Her doctor is suspecting that she may be having seizures and as these are apparently something that can happen with seizures activity.

They have scheduled her for an EEG as well as changed her pain medication.

She pretty much in a state of shock this was not something she has ever given thought to.  However, Gavin has seizures as well and has been diagnosed with epilepsy. They apparently weren’t aware of that and so now they are even more concerned.

This may of course, amount to nothing.

However, at the moment, she’s feeling extremely overwhelmed because the medication she’s taking for the fibromyalgia is an anticonvulsant.

This would mean that these would be more likely breakthrough seizures and she’s worried about losing her drivers license.

This is pretty much insult to injury.

One of the women who was in the I-MATCH program with me would smell things when she had her migraines. The doctors tested her for both seizures and a brain tumor but found nothing wrong.

I wonder how much her health will improve (or at least not continue to decline) once the stress is hopefully reduced with having Gavin out of the house.  I believe that a lot of diseases are triggered by great amounts of stress.  Not that people wouldn't get them eventually, but I think that extreme stress can set them off or speed them up.  My sister has MS and her first attack (went blind temporarily until she had treatment) started on the day that she had one of the most stressful moments of her life when her son was in residential care.  Stress can really mess with your body, and God knows that your family is under extreme stress. Praying you receive good news.

On another note, I wish more people read your blog because the constant bombardment of horrible stress day after day is something I feel and obviously your family and others have too, and it would really be nice if the world could see your daily entries and how we are not exaggerating, and it really is that bad.  This amount of stress is unfathomable for most.  I had a psychologist do some testing to see if  there was something the psychiatrist was missing since no medications work.  The psychologist concluded that I just "think" my stress is extremely high for many years, and that my perception is off, and all I would need would be to talk to a social worker so she could teach me a new way to perceive things.  I would have loved to have discuss (or point out her ignorance) but she quit her job to move elsewhere, and left the clinic and just passed her report for someone else to go over with me.  You are doing a wonderful thing with your blog and I am so happy to have found it.

Rob–I get awful migraines and lose the feeling on the right side of my body off and on all the time now.  That may be what Lizzie is having.  I will pray that Lizzie's are not seizures!
Karen

Did you mean her "face" goes numb?  I'm hope this symptom leads to a positive outcome. I read all your posts and think of your family all the time.

@hudginsvicky nope, I meant tongue.. Thank you for thoughts.