You all know that I’m very transparent about our lives, including the struggles and joys that we face as a special needs family.

What I’m about the share with you will be no different.

When I went into this meeting today, I was already pretty upset. Truthfully, I was on the warpath. I’m so used to people not understanding that I was already assuming that the person in question at the school would be the same way. 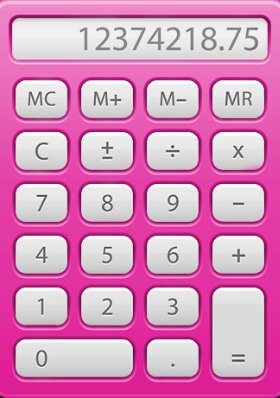 However, despite my rather heated beginning to the conversation, she never lost her cool and maintained a spirit of cooperation.

Basically, once I had purged a little bit and I was fine. I felt really bad but I was in a much better place.   I still don’t agree with how this was handled but in all fairness, she wasn’t aware of what she was dealing with at the time.

However, it turns out that the staff member that I was venting to, was actually very qualified and has experience not only with the treatment center we are looking at but also kids with RAD.  While I don’t think she’s dealt with a child like Gavin before, I mean really, who has.  She does have extensive experience with kids with RAD in general and that’s a huge plus, a huge plus.

After we had our meeting and I regained my composure, we discussed how Gavin would be questioned and what would happen as far as consequences go.

We left that to the discretion of the principal and staff.

However, he was going to have to apologize to the student he was bullying and admit what he was really doing.

I would love to be a fly on the wall for that.

Gavin was called into the principals office to join us.  The principal asked him if he had something to tell her.  Gavin confessed that he had lied and was really bullying the other student.

After she expressed her disappointment with him, she explained that there would be consequences and part of that would be apologizing to the other student in front of both her and the other staff member we met with.

It was crazy because Gavin was cool, calm and collected and simply admitted that he lied.

Gavin has learned that he doesn’t mess with his principal.  Over the years, she has put him in his place many times. In fact, she handles him just like we do, with a no nonsense approach.  It gives Gavin absolutely no wiggle room and so he doesn’t even try.

Before he walked out and returned to class,  I wanted to ask him a question.

I wanted to know why he was doing this to his classmate.

Even though this student only remembered it happening once and that they thought it was a joke, Gavin’s intentions were malicious.

In my opinion, this is all that matters.

I’m grateful that the other student was hurt or upset but that certainly doesn’t mean that Gavin should get away with it.  Not on my watch.
Thankfully, we are all on the same page now and they are taking this very seriously.  Gavin ended up having to do a project on bullying and will be doing community service, that benefits the school.

Lizze and I are both, totally on board with that.

Did Gavin learn a lesson?  Probably not.  However, the school is keenly aware of what he’s capable of and so they are better equipped to catch him.

The addition of the new staff member we met today and I had the rocky start with, will definitely bolster our support team and that is always a good thing.

I feel really awful because I didn’t carry myself very well this morning.  I wasn’t really upset with the school but more Gavin for lying and making things more complicated. Life is had enough as it, without having to question everything that Gavin says.

Unfortunately, life got the better of me this morning, and for that, I’m sorry.

In life with a special needs family, emotion sometimes takes over our advocacy.  Forgive yourself and move on.   You aren’t the first one to get emotional when advocating for your kids.  Keep up the support of your family, you are doing a wonderful job.

In life with a special needs family, emotion sometimes takes over our advocacy.  Forgive yourself and move on.   You aren't the first one to get emotional when advocating for your kids.  Keep up the support of your family, you are doing a wonderful job.

I know it's never fun to feel like I responded inappropriately in a conversation, so I understand your discomfort. However, my understanding is that this staff member discounted what Lizze was saying in her meeting. Your response may have been strong for the staff member, but I imagine it was entirely appropriate with respect to Lizze. That is, it sounds like you demonstrated that you entirely support Lizze, and you did in the best way possible: through how you acted. And that has to be vastly more important than a minor social discrepancy with someone at Gavin's school.

Best of luck with your journey.