The quick and painless IEP

At least for today, I’m in a really bad place. My stress level is such that I’m not sleeping and my coping skills are not as effective anymore.

On occasion, I become so stressed that I can no longer focus on the things that really matter.  Instead,  I begin noticing things that I don’t have or once had. 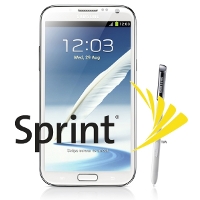 For the record, I’m not proud of this but it’s how I’m left to cope.

For example.  There are things that I have always done for myself, sorta like a tradition. I have upgraded to a new Samsung Galaxy S phone, on launch day. Since I do almost all of my work from my mobile phone, I benefit from improvements as does my blog.

The only other thing that I always, always done,  was to attend the midnight launch of any of the Halo games to pick up my pre ordered copy.

Halo was something that I really enjoyed and I’ve played through and beaten every one that has been released.

I think it’s so important to me because it takes me back to better times and I have so many fond memories.

When I first hurt my back and was laid up for a very long time, my younger brother and I played Halo, every single day, to pass the time.  Even though I was in a great deal of pain, it was one of my fondest memories.

I had resigned myself to the fact that with everything going on, I would not be continuing these traditions any longer.

Halo 4 is released in a little over a week and I won’t be getting it and the Galaxy Note 2 is out on Sprint.

I will be missing the boat on both of these things.

For one thing, I gave up my XBOX earlier this year and so I couldn’t play it even if I could afford the game itself.  Obviously, the Samsung Galaxy Note 2 is too expensive as well.

Perhaps this sounds materialistic and in a way, it is.

However, I think it goes much deep than that.  I think there comes a point,  that I just want to feel normal. I want to feel like things will be okay. When you live a life with so many things outside of your control, it’s easy to focus on the physical, tangible things.

I’m no exception to this.

When I’m think more clearly, it’s easier to accept the fact that many of these things are outside of my control and unimportant in the grand scheme of things.

I just don’t happen to be in the place right now that I can see things that way.

Even if I had the money to do one or both of these things, that money would be much better spent getting caught up on the mortgage, utilities and finish paying of the repair bill from the van that was stolen about 10 months ago.

I’m sure things will improve in the future. However, right now it doesn’t feel that way.

Sometimes people can be so overcome by the things in their life that they can say and do things that don’t make much sense.  I’m one of those people and while most of the time, I do pretty well, other times I begin to crumble and this type of thing bubbles to the surface.

When you get really stressed out or overwhelmed, are there thing so that bubble to the surface for you as well?

Sometimes being stressed is the way I know I am alive–when there is no stress I get worried that something even worse is just waiting in the wings to hit my family.  We have enough things giving me chronic stress that this has become my new normal.  :O(
Between kids chronic illnesses, mental health problems, and just normal teenager issues I should be bald already!  Add in 20 head of livestock, 8 pets, limited finances and a large extended family (we keep the great grandbabies every weekend) and it's a wonder I am sane in any form!  So Rob, don't feel bad about taking any destressers you can lay hands to!  You need to find a way to get your game system back and to have a chance to beat the new Halo!
Cheers!
Karen

Yes, I experience some of this too. My  kiddos PANDAS tends to flare up at the same time, every few months. With the oldest, it's not so bad. Maybe he hits or figets in school and his teacher complains for a few days. With the oldest, who also has autism, it is full on regression, dangerous behavior, anxiety, the works. I cannot leave him anywhere and cannot leave him alone with his brother because of his unpredicatable behavior and irritability. Sometimes I can hardly get a break to use the bathroom. At times like this it literally feels like the world is falling apart, and I often can't deal with the ongoing drama at work, with my husband's family (who always has drama) or much else.  At times like this my health suffers and I really, really miss having alone time, having a quiet place to go and write fiction.
Rob, I think someone needs to start a Halo fund for you. You (and Lizze also) deserve those things that make you happy, whether they are an X-Box game or something else. If we special needs parents don't take care of ourselves, we won't make it through all the ongoing stress. And man, sometimes that stress never seems to end.

@lostandtired Honey, you be stressed out all you like. Not that you "like" being stressed out but you know what I mean. I wish I could give you the things you want and so rightly deserve. I really do because you deserve them more than anyone I know, you sacrifice SO MUCH for us and you deserve SO MUCH more than we are able to give you in return.

As for how I cope with stress, well let's see…I collect free (totally legal, I swear!) ebooks. I draw. I write poetry. Sometimes I blog, not as often as I should. I sleep, when I can. I eat, more than I should. But hey you didn't ask "what HEALTHY things we do to cope with stress." {lol}

At any rate, I love you, Rob. And some how, some way we WILL GET THROUGH THIS! <3

@fibromamaby3 thank you my amazing wife. I don't deserve any of those things, it would just be nice to get myself something every once in awhile. 🙂
Thanks honey

I use to walk all the time and go out about on a week or every other week. Now I have neither the time or money to do either. I can't even afford the $25 hair cut I really need. It's the simple things I use to be able to do without the complications I miss. My son refuses to be active and is too big for a normal stroller and one that he would fit I could never afford and with my back and nerve issues walking too far is too much for me anymore even if he would allow it. I miss being able to buy new hair stuff when I needed it, now its the best I can to to have shampoo and conditioner in my house. I can say when I buy hair stuff I get the good stuff since its the only treat I get.

The things that come to surface for me are the fact that I have unpredictable health and a child with an unpredictable future.  It sometimes really gets me down.

Really wish you could say this whole post right to my husband's face.  He lives EVERY DAY wishing he had more, and not being happy for the little things he has.  A real downer to say the least!

@ca276 I understand. For me, it's about control. I can't fix so many things in my life and with my family. I sometimes just want to control what I can.
Hang in there. 🙂