Gavin came home today and we had a really rough time.  We learned that Gavin spent the money he earned at his grandparents house on some toys at the store.

You may recall that Gavin owes us for damages to his bedroom and various other things destroyed during his tantrums.

When his grandmother asked him if he still owed us money for the repairs, he said that we already had the money.  This was not true.  He hadn’t covered anything yet and he knew that he was supposed to turn over everything he earned until the debt was paid.

We would be more flexible if the circumstances of the damage was different. 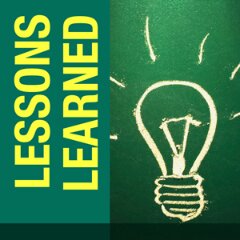 Anyway, he bought $25 worth of toys that he shouldn’t have.

I spoke with him about this today and of course he had an excuse for everything. He claimed that he forgot. :-*

I explained to him that while he’s living with Grandma and Grandpa he lives by their rules however, this was different because this was something established long be for he moved.

I told him that the toys were going back to the store but he already disposed of the packaging.

So, in an attempt to send a powerful message I decided on the consequences for his decision. I told him that Lizze and I would be taking possession of the toys and will be donating them to the Domestic Violence Project.

We didn’t want to take the toys and give them to his brothers.  We wanted something positive to come from this.  Not only will he feel the sting of his choices but he will also feel what it’s like to do something nice for someone else.

Needless to say, he’s not very happy with that.  I suppose it was a good thing that I wasn’t trying to make him happy.

Sometimes you have to be very creative in order to teach your child a valuable lesson.

I use similar punishments with my two. Recently, my 13yr old shredded the straps on my only dress shoes in a fit of temper, hid them and then lied about it. It wasn't so much the damage I was most cross about, but the lie.Like you often point out, as a parent of special needs boys, I couldn't afford replacements, so I made David pay for them out of his x-box game fund.He really wasn't impressed, but it did make him think.They also have to donate one of their own toys to charity if they wilfully break one of each others toys, too.

Not that my opinion matters.  I agree completely.  We did something similar when Marc stole toys from the store.   He was made to give the toy away.  I didn't take it and give away, we made him do it.  These are the tough decisions we make as human beings.  we can choose to go against the rules, or we can accept the rules and live within the guidelines established for our well-being.