Can you say DEMANDING

Lizze,  Emmett and I were driving to run a few errands.  One of these errands took us all the way to Fairlawn, Ohio. It’s about a 30 minutes drive.

As I was pulling off the exit ramp, I caught a glimpse of what I thought was something beyond cool.

We made our way off the exist and navigated a few side streets and ended up behind a Holiday Inn Hotel.  There is was, in all its awesome glory. The friggin Batmobile.

I’m not talking about the crappy old school version either.

We’re talking the totally high tech, badass and unbelievably awesome Tumbler from The Dark Knight Rises movie.  It was being transported by Warner Brothers and was just sitting back there, all by itself.

We stopped the van and Emmett and I got out and gocked over it for a few minutes.

Emmett took one look at the back of bits and said, “Daddy, it’s got a freaking thruster on the back“.  I’m gonna have to work with him on the word choice.  🙂

Anyway, this thing was absolutely amazing.  I would have loved to been behind the wheel of this thing.  I mean, what are the odds of this thing just sitting get here at the moment we drove by?  Apparently Best Buy had some big thing for the release of the movie on Bluray.  Warner Brothers must have sponsored it or something.

We could only see the back,  maybe 2/3 of the Tumbler. It was too wide to fit into the trailer, so only the hood and front wheels we inside.

I just thought I would share this with you all because I was really excited to see this thing in real life. It looks just as awesome as it does in the movies.  🙂 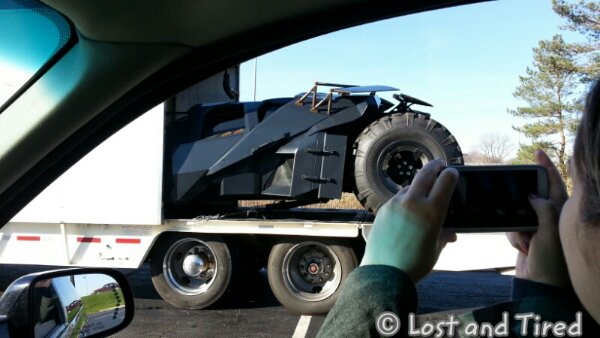 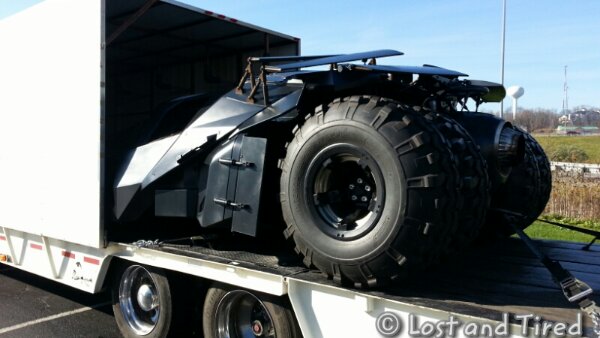 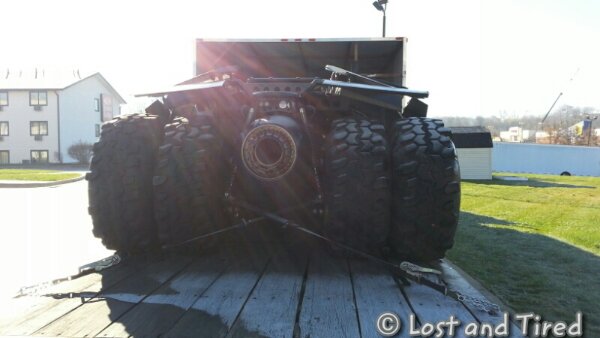 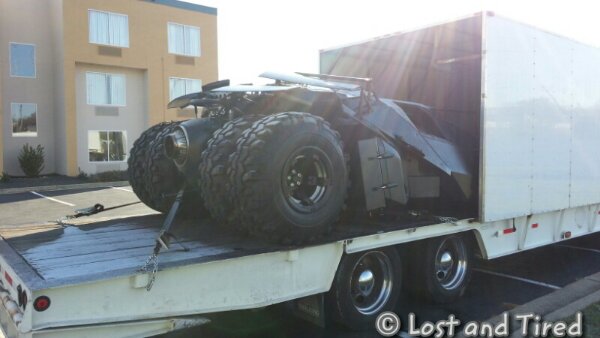 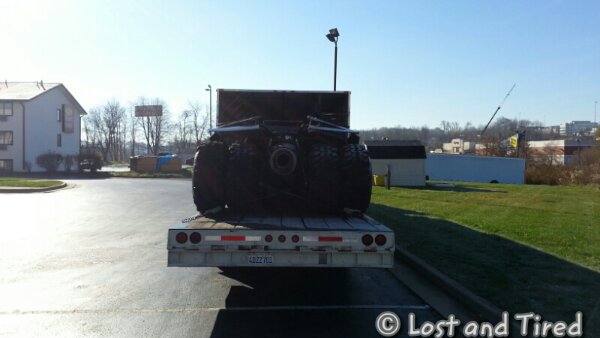 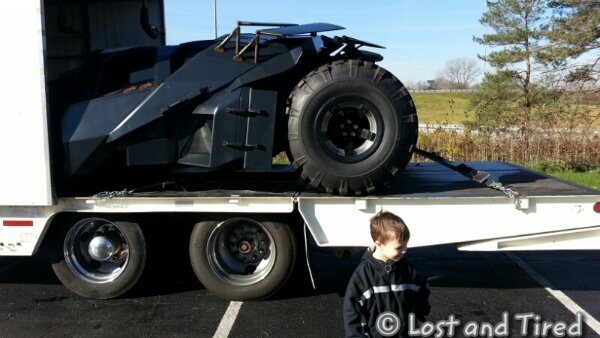 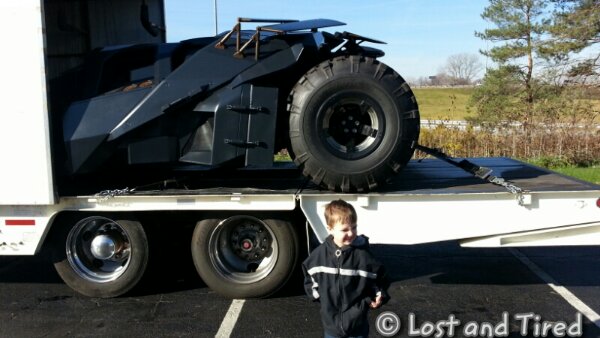 My son has a toy version of that! That’s so awesome. The boys deserved that bit of good cheer! It was meant to be for y’all to pass by at that moment and see it.