#Autism: Inside the lines

#Autism: Inside the lines


As many of you know, Emmett, currently 4 years old, is a rather extreme perfectionist.  In my experience, this is a fairly common #Autistic trait and from what I understand, it’s somewhat sensory related.

Coloring for Emmett has been both a blessing and a curse.

The reason for that is that until recently – and by recently I mean the past few day- Emmett wouldn’t actually color by himself because he was too afraid of going outside of the lines.

Despite lots of time, energy and sanity spent trying to help him understand that things don‘t have to be perfect, it always ended up in a meltdown.

Having said that, over the past few days, Emmett has been coloring with Elliott.  He’s actually coloring on his own. This has been a growing trend since Gavin was moved out.  I don‘t know what exactly the connection is but both boys have been much more creative since Gavin had been gone.

Elliott spent some time downloading and printing out Super Mario coloring sheets for him and Emmett to color.

Emmett was working extremely diligently on this little masterpiece.

I probably don‘t have to say this but he did a friggin amazing job. He never even once went outside the lines.  While that in and of itself is impressive, what’s most impressive is the fact that he even did this in the first place.

I’m so proud of him.  I can’t even explain.
I think the thick black outline of the picture helped him by acting as a pseudo buffer but I don‘t know if he even needed that at all.

This is an absolute fridger and he’s already mounted it proudly on the freezer door.

I truthfully don‘t know what has happened that sparked this little bout of independence but I honestly don‘t care. I’m just thrilled to death that he’s more confident in himself and is doing these on his own without requesting help. 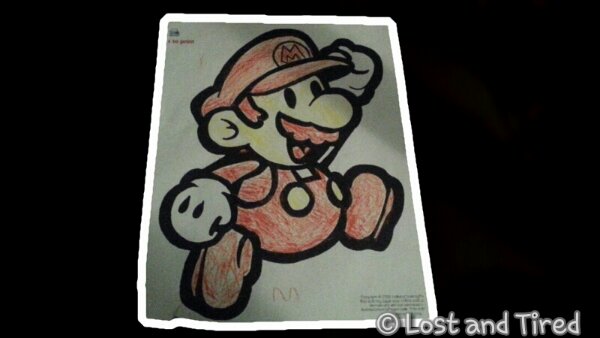 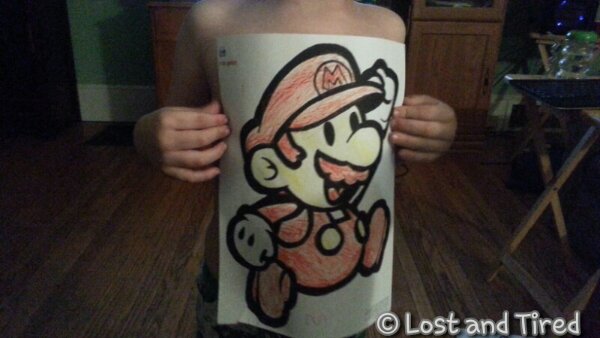 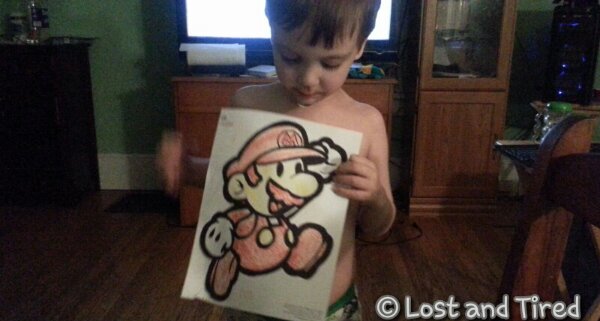 Great job! And I understand how he feels. I don't scrap book for the same reason–nothing looks good enough to make me happy with the finished product. Fortunately, I'm an excellent seamstress, but I spend a lot of time ripping things out because they aren't "perfect." It's not just an ASD thing, it's an OCD thing too!

It is beautiful Emmett!  What a really great job, a definite fridger!  I can't wait to see the next ones, you may need a whole gallery.

this site you might like, has some really great coloring pages you can down load and print out . I love their coloring mandellas they have pages for children and some really fun ones are free. &nbsp ;http://www.doodle-art-alley.com/original-coloring-art-ebook.html

Great job little dude! You did great! And way to go Elliot for helping his little brother out too and finding the perfect pics for him to color. :3