How does this rank on the scale of weird?

Congratulations to my boys :-)

How does this rank on the scale of weird?


Lizze and I were watching a movie tonight and someone very quietly began knocking on our front door.

It was really late and the guy was knocking so quietly that Maggie hadn’t even taken notice.

As soon as I realized someone was at the front door, I immediately was on my feet and Maggie and Bella both were on point.  I opened the front door but left the storm door closed and I actually physically held it shut in case this guy was stupid enough to try and do something with both dogs there.

This guy claimed to be my neighbor, which he wasn’t and kept asking for an extra audio /video cable.

It was really creepy because he kept asking, over and over again.  Then he turned around and walked away. 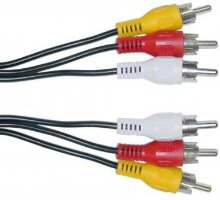 Shortly after, a strange car pulled up in front of my house and sat there for about an hour.  Lizze actually called the police because we were getting concerned and felt uncomfortable.

Like they were feeling us out to see if we would be a good house to rob. Who the hell knows, I just know I feel uncomfortable enough to let the dogs have free reign of the house tonight.

Gotta love the City of Canton. I’m mean who comes up to a strangers house at 10pm and asks for an audio/video cable?  Really??

If it weren't for the car and the previous problems you've had with neighbors, I would've pointed out that it could've been that he was socially inept.

Wow that takes the creep factor. Good thing you called the police. By the way I have been wondering this myself, have you ever notifyed the local police that you have 2 children with disabilitys? I ask this because I have been thinking of contacting ours about our little guy in case of emergency, (hes a 4 yr old runner) Do they even have a “registry” like this? I know yrs ago the firedept gave out stickers for the house windows called tot finders.That was to alert the authoritys a child was inside in the event of a fire. I havent seen any in yrs. Wonder what your thoughts are on this, and hopefully later I will feel well enough to do my own research.
Im thankful last nights events kept you safe, If you dont have any motion senser lights, now would be a goodtime to get some if you can.